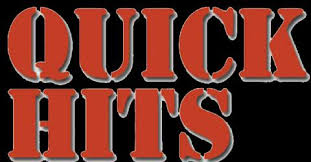 Some interesting notes, not from this past Sunday, rather the week prior as two stories caught our eye.  The first is dealing with Houston Texan quarterback Matt Schaub and the handling of his injury evaluation after he got hit in Denver;

The Houston Texans were questioned by the league about the team’s handling of quarterback Matt Schaub’s return to action after one play in last week’s win over the Denver Broncos after he suffered a jarring blindside hit by linebacker Joe Mays, sources said.[…]

The recommendation from the league’s Head, Neck and Spine Committee is that a player involved in a significant collision should be removed from the field so the doctor can utilize the NFL Sideline Concussion Tool, which has six basic cognitive tests, all of which must be passed by the player. On average, a medical source said, the test takes about eight to 10 minutes to administer.

As I was watching the game I wondered out loud how he was not being evaluated for a concussion.  The blow was to his head and he grabbed his head and writhed in pain on the field.  The sideline assessment can take as short as four minutes but usually is longer as they take the player back in the tunnel or locker room for assessment.  Last Monday Will Carroll asked what I thought and I told him that I was very concerned that nothing was done, especially with how vigilant the league is trying to be.

With the conversation with Will I also theorized why, even though there was not an assessment, Schaub may have escaped a concussion;

I asked Dustin Fink, a certified athletic trainer and writer of The Concussion Blog, about this: “Popular belief is that the helmet staying on the head will always be better for brain safety. In the case of Schaub, had the helmet stayed secure on his head the force from the blow would have forced his neck and head into hyperextension (forcefully and quickly) and the resulting flexion of the head and neck. Against popular belief, in this case it is entirely plausible and possible the helmet being ejected from his head reduced the risk of this type of concussive injury.” I wouldn’t recommend other players trying to duplicate this, but it does appear that Schaub got lucky, aside from that ear.

The other story that I quickly caught had to do with a player returning to action a week after a concussion, Laurent Robinson of Jacksonville.  He played until he was hit again;

Laurent Robinson caught one pass for 19 yards before exiting with a head contusion in Week 4 against the Bengals.

First of all a head “contusion” is and has been a way teams in many sports have gotten around the concussion scrutiny; think about football for a second how in the heck can you get a contusion on your head if you are wearing a helmet?  Regardless, if it only took one hit for him to exit the game perhaps the player was not ready to return.

It is fairly certain that the Jags followed all protocol and did their due diligence, but remember that concussions are primarily subjective; Laurent Robinson may have been “underselling” his health – pure speculation.  Even if everything was on the up-and-up the small knock he took this past week did legitimately cause another, separate, injury it shows that previously concussed athletes face greater risk from smaller forces.  This will be an interesting case to follow over the week.

One thought on “Monday Quick Hits”