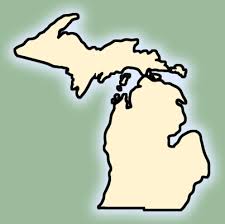 With Governor Snyder of Michigan about to sign that states concussion legislation it makes them the 41st state by our records with some sort of legislation;

The bill will require coaches to immediately remove an athlete from practice or a game if a concussion is suspected.

The player could only return when cleared by a doctor.

The measure was approved by the state house last week.

The Detroit Lions and the National Football League are major proponents of the legislation.

Just like the 40 before them this is only a very small step forward in the concussion issue.  We now (I hope) clearly understand that concussions are both an endemic issue with sports/recreation and a present danger.  What these “toothless” bills have done a good job of is raise awareness about the brain injury and effectively make it mandatory to remove a player with overt signs.  Once removed they do have to see a physician to be cleared to return.  That is a great first step, and one that we hope will prevent some cases of catastrophic sequale.

What these bills do not do is help with the recognition of concussions for the vast majority of players that suffer the most or longest after the brain trauma.  In the cases of most catastrophic outcomes the players never reported a problem, nor were they detected by a coaching staff.  In reporting observation only it has been common for those around the situation to say “we never knew he/she was in trouble before they went down,” “he/she never said anything”.  These legislative pieces do not address that, nor do they address the proper management of the injury.

Sure, they get to a physician, but even Dr. Robert Cantu – leading expert – has made mention in his book that a vast number of doctors are often behind and lack the proper training to treat/manage a concussion.  How does anyone know if they are getting the proper treatment?  I will tell you this, if a kid has a concussion and is told they can return to school the next day or even within a couple of day period they are getting bad advice.  If they kid was seen by a physician and was never told to avoid physical, cognitive and emotional activity for the immediate future they are not getting the proper care.

I appreciate the efforts of states and other organizations to pump up the awareness, its better than three years ago when we started here, but more must be done.  There need to be trained health care providers at all practices and games for collision sports, and get this there is such an allied health care professional that is not only highly trained/educated on concussion but all other injuries: the Athletic Trainer.

Having an AT for a game is only acceptable in a pinch, if you truly want to know the players – which is paramount in making clinical decisions – then there MUST be an AT on site all the time.  Who would you trust more with the clinical decision of a mainly subjective injury; a health care professional (who may or may not have the current education on the injury) that sees your son/daughter once a week/month or a health care professional that sees your son and daughter on a daily basis and has open lines of communication with teachers/coaches in real-time AND have the most up-to-date information regarding concussion?

Not only can having an AT on site daily for concussion issues, we handle triage, assessment, management and rehab of all other injuries that occur in sports.

Not that funding would ever be possible for such a wild dream, but legislation must be put in place to have Athletic Trainers present anytime there is a collision sport or practice.  If you cannot afford one then you cannot afford to fund the sport, period.

Would you send you child to a pool that didn’t have a lifeguard?

6 thoughts on “Michigan Makes 41 – With Editorial”