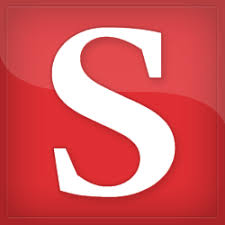 If you get the chance you should take the time to read the research that has been done by David Hovda, PhD and Kevin Guskiewicz, PhD, ATC; not only is it good information but it has been some of the leading information.  These two gentleman do a great job of explaining the issues and making them more tangible for everyone.

On September 6th, both Hovda and Guskiewicz had a real-time chat about concussions on ScienceLive;

ScienceLive, Science magazine’s weekly web discussions with experts in various fields, will examine the issue of sports- and combat-related head injuries during a web chat at 3 p.m. Eastern today. Guests include Kevin Guskiewicz of the Matthew Gfeller Sport-Related Traumatic Brain Injury Research Center at The University of North Carolina at Chapel Hill and David Allen Hovda, the Director of the UCLA Brain Injury Research Center.

You can click the link above to go and read the replay of the chat, a must for those looking for information and would be a good idea if you have kids playing sports now.  Below are selected comments from the chat;

Comment From Jill  Are the signs and symptoms the same regardless of the location of the “hit” i.e. falling and hitting the back of the head (hockey) or the front or side of the head (football)?

Kevin Guskiewicz:  Because the brain most often rebounds off the under-surface of the skull when impacted, different regions of the brain are disrupted, so there is no relationship to the impact location and the location of pathology or s/s.

Comment From Nebulosa  Can you speak (write) about any recent progress in treatment?

David A. Hovda, PhD:  The number of proposed treatments, has expanded over years as the recognition of problems associated with concussion has become more poppluar. About 80% of indviduals recover spontaneously from a concussion in less than 14 days. This is, of couse, as long as they are kept away from additionll head contact. In about 15-20% of people the post concussive symptioms last for a long time and we do not know the reason. People have tried increases in exposure to oxygen, drugs that stimulate the brain and different forms of exercise. At this time we do not have hard data to support these. We know that diet and exercise increases chemicals in the brain that help it to recover and regoranize after injury.

Comment From Greg W  Any thoughts on why there can be such a long time lag between time of injury and neurological problems that develop later in life?

David A. Hovda, PhD:  In many cases the neurological signs and symptoms of concussion begin immediately. However, the state that an indivual is in during the event impacts what they feell and or recognize as a problem. For example in the middle of a game an athelete may be so dedicated that they ignor their symptoms. When asked, athelets and miltary personal do not tell the truth. After several days (and perhaps weeks) people who have sustained concussion may discover new symptoms as their beging to challange their brain to do things other than what they were doing on the field of play or in the battle field. This is a normal response and reflects how differenct areas of the brain are used for different functions.

Comment From Anonymous  Are there statistics showing the percentage of retired football players that suffer from depression, mood disorders, memory decline, and other s/s associated with recurrent mTBI?

Kevin Guskiewicz:  Our 2007 UNC study of ~2,600 retired NFL players (50 yrs and older) found that 21% of those with 3+ concussions during playing career had been diagnosed with depression, compared to only ~7% of those without a concussion history. So this represented about a 3-fold increase. we also found a 5-fold risk of mild cognitive impairment in the same group.