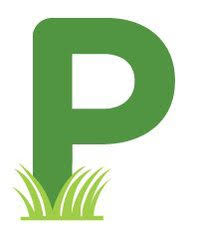 Myth No. 1: Most athletes know when they’ve experienced a concussion.
Not so, said Alpiner.

“That ‘wow’ moment is rare,” he said. “It’s really important that teammates, trainers, coaches and parents understand the seriousness of concussions. This includes the symptoms and the need for timely medical treatment. Athletes may not recognize changes in their own behavior and thinking.”

Myth No. 2: Concussions are always a result of high impact.

Myth No. 3: If a young athlete doesn’t lose consciousness, he did not suffer a concussion.

Myth No. 4: Boys are at greater risk than girls for concussions.
Not true. Girls are equally at risk to have a concussion as male athletes. Female athletes also compete in physically demanding sports, including soccer, lacrosse, hockey, skiing, volleyball, basketball and softball.

Myth No. 5: Follow-up care isn’t necessary after an athlete has a concussion.

To see all the answers from Dr. Alpiner click over to the article written by Judy Davids.  To see the extensive work by Don and Flo Brady about concussion myths CLICK HERE.