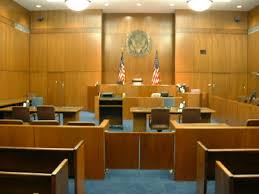 The list keeps growing it will be interesting to see what happens next as more and more players seek court rulings about brain injury;

Former Ravens running back Jamal Lewis is one of four ex-NFL players who are suing the league over brain injuries that they say have impaired their post-football lives, according to an Associated Press report.

Lewis and Dorsey  Levens, Fulton Kuykendall and Ryan Stewart, filed the lawsuit against the National Football League and NFL Properties LLC this week in U.S. District Court in Atlanta, saying the NFL knew as early as the 1920s of the potential for concussions to harm its players but only went public last year.

One of our commenters (“Joe Blogs”)has a theory;

It is a problem but the more boards keeps commenting the NFL will be held to a standard instead of just spinning nonsense.

The same holds true for the decades of bogus research. The NFL concussion committee was formed in 1994 and cooked research for 15 years. While the NFLPA and NFL have bought off many researchers in the new committee and the old committee is still involved including Joe Wakerle (only member held over), Joe Maroon (Impact, Penguins, Steelers), Mark Lovell (Impact, Penguins, Steelers), , Ira Casson (Jets), and Eliot Pellman (NFL) are still influencing policy.

Now that the NFL is being sued in multiple jurisdictions, the smart move is to fight and fudge and then through the corrupt docs under the bus.

Some lawyer will use the docs as a fulcrum to get to the NFL and the NFL will feed them to the fishes. Once the docs figure out this is logical strategy and the rest of their known lives will be consumed by court appearances they will rollover. I am sure their malpractice insurance companies are tunnelling out of their obligations as they will not pay for fraud. I am also sure the insurers will enforce limits of liability strictly so many of the medical professionals will need to dip deeply into their own pockets for defense.

Expect divide and conquer. Our job is to keep the leagues honest and keep the kids safe.

3 thoughts on “Another Law Suit vs. NFL”