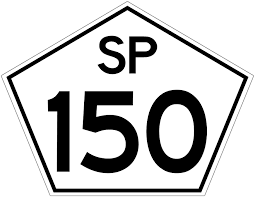 Colt McCoy will most likely miss another game due to lingering effects of a concussion.  The real question I have is; would he still be out had the proper procedure taken place?  Regardless of how you viewed this incident there were many factors that compounded the situation.  Listen, the Cleveland Browns are probably the best at finding and holding players out because of concussion, this was the case before McCoy and continues after the James Harrison hit.

Speaking of Harrison, he suggested that the medical staff should be suspended for mishandling McCoy; that dude is on crack!  If anyone other than Harrison should be admonished for their mistakes it would only fall on the “observer” and that is a BIG “IF”.  Follow me here; McCoy although dazed only complained of his hand hurting to the medical staff.  They [med staff] was preoccupied with other concussions at the time and did not see the hit.  Apparently no one had the notion to ask what happened to someone other than McCoy, which is understandable.  McCoy didn’t tell the staff his head was bothering him, granted he wasn’t in a proper frame of mind, but when an athletic trainer is busy they can only go off what is reported.  You sure as heck can bet that the coaches were to busy coaching to relay all necessary information.  That leaves one person who’s responsibility (at that time, since has been changed) it was to call down to the sideline and confirm that McCoy was being looked at for a possible head injury – the observer.  However NONE of this would have been a factor had Harrison not lowered his head and used it as a weapon (reinforced with Kevlar) to decapitate McCoy on that play.

Sorry for the rant…

On to the rest of the stats through Week 15 (196 total from opening of camp);