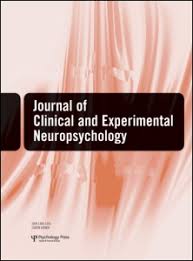 A new article on the review of ImPACT and it utility of use in determining return-to-play status of a post concussed individual has been published in the Journal of Clinical and Experimental Psychology.  (Lester B. Mayers & Thomas S. Redick (2011): Clinical utility of ImPACT assessment for postconcussion return-to-play counseling: Psychometric issues, Journal of Clinical and Experimental Neuropsychology, DOI:10.1080/13803395.2011.630655)

The abstract reads; Computerized neuropsychological testing is commonly utilized in the management of sport-related concussion. In particular, the Immediate Postconcussion Assessment and Cognitive Testing 2.0 program (ImPACT) is widely used to assess the cognitive functioning of athletes before and after a concussion.We review the evidence for the clinical utility of this program in terms of validity, reliability, and use in return-to-play decisions. We conclude that the empirical evidence does not support the use of ImPACT testing for determining the time of postconcussion return to play.

The authors mention the other used computer tests, but chose to focus on ImPACT because of its wide use; from professional sports all the way down to youth sports.  The over all impression is that the current studies from independent sources (void of any conflict of interest) seem to be trending away from using this tool as a clearance device.

Granted that each company, including ImPACT, inform the users that is is not what the tool is intended for; the tone and layman seem to indicate otherwise.  You can simply interview athletes, coaches and parents and ask them this question: “Does passing ImPACT mean you can go back to play?”

The resounding answer would be “yes”.

I spend more time educating parents and kids about what the ImPACT does not do.  Parents and kids believe that because they have spent money on the baseline and follow-up test this is the mechanism for return-to-play.  When in fact it is merely a device that, I personally use, to a) educate and b) use as the frame of the entire picture.

Over the years using this tool and others like it, I have used it more as a clearance for return to school.  Why you ask?  Just like the article presents the cognition portion of the brain recovers at a different rate than other aspects of brain function.  ImPACT measures this portion, and a portion that is key to going to school, thinking and retaining.

The ImPACT (again using this one due to its focus in the above article) may not have a place in return to activity, per se, but in my opinion it has a purpose of getting the injured individual back to the classroom.

If you have been paying attention to the blog you will also note that my “Graded Return-to-Play” step 2 (after rest and before light activity) is return to school/classroom.  A high school athlete will spend way more time in school than they will on a filed/court/rink of play.  It would be more prudent to make sure the athlete is capable handling the stresses to the brain at school than playing a sport.