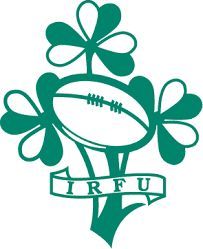 The Concussion Blog is excited and privileged to have a guest author post about rugby.  Tim O’Connor is a barrister practicing in Ireland with a specialty in rugby and sports law.  He writes on the topic at www.rugbylaw.blogspot.com.  Tim will be posting from time-to-time from across the pond.  Here is is first entry about the IRB and concussion law (rules).

As a child, one of the very first things you learn playing rugby, is how to fall and protect your head.

And there’s a good reason. Rugby’s a fast-moving collision sport, and a relentless one; there are multiple phases, no rolling substitutions, and all sorts of areas where a misplaced boot, knee, elbow, shoulder or head can come sharply into contact with your head. No-one is taught to use their head in the tackle; but when a 160-pound 5’10” outhalf can find himself facing up to a 6’7” 260-pound lock who’s moving at 100m-in-11-seconds pace, accidents can and will happen when all the protection you have is a gumshield, maybe a scrum-cap, and determination.

So, rugby has known for a while that concussions happen. And the leading rugby nation on earth, New Zealand, have been leading the way on concussion management. Since their RugbySmart program was introduced in 2001, the incidence and seriousness of concussion in NZ domestic rugby has dropped dramatically – and been shown to drop in studies. The NZ model has been copied in Australia’s SmartRugby, in South Africa’s BokSmart, in the English Rugby Football Union’s programs and formed a large part of the basis of rugby’s contribution to the emergence of the Zurich Consensus and the Pocket Scat 2 Card.

Despite this, it took another three years – and many high-profile concussions – for rugby to get serious. Players have had their careers ended by concussions, and high-profile former professionals like John Fogarty and Bernard Jackman in Ireland have spoken up about the effect concussions have had on them; a terrifying table on Boksmart shows concussion and head injuries kill players, every year. Still it went on until the International Rugby Board (IRB) introduced its Concussion Regulations in June of this year.

Just how serious that was, is another question. There have been too many cases since then where players who have been suspected of concussion in training – like Australian scrum-half, Will Genia, suspected of concussion in training twice in the week before the Tri-Nations decider – or in games – like French out-half, Morgan Parra, in the Rugby World Cup Final – or even plain knocked out cold – like Louis Moody – and revived and put back into the game. This has even been picked up by the Clinical Journal of Sports Medicine’s blog, asking the question of whether it’s being taken seriously.

Which is why it’s with a real sense of relief that those of us writing and speaking  on this subject can say the IRB has finally brought out the concussion education modules it’s promised since the regulations were brought in. You can see them HERE; top left of the screen.

Basically, this is web-based education in how to manage concussions, both where there is a medical professional there, and where there is not. It’s something every coach, referee or assistant should register for, log in, and watch; because it is very, very good.

Legally, it’s based on Irish personal injury law, which works the same as most Common Law systems; if you do what this modue tells you, it will go a long, long way towards doing the right thing legally. It’s very clear, and very user-friendly; anyone with any experience of PADI’s e-Learning for diving will find the combinations of explanation, videos and knowledge reviews very familiar. It’s more detailed that the training on the NZRU RugbySmart program, and it shows, in detail, how to conduct the tests, and what to do. The IRB has to be given credit for coming up with the goods on this.

Anyone, in any contact sport, would be well-advised to look at it, because it’s a fantastic resource on how to deal with concussion in real sporting situations (and that the demonstrations take place at a training session make it all the clearer – this isn’t just in matches).

What I would say to anyone involved in rugby about these training modules is very simple. Log in; learn; and always, always, always do what they tell you to do – for the players’ sake and for your own.