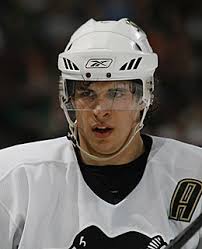 Last month during our concussion report for the NHL we noted an encouraging decrease (23%) in concussions/head injuries over the previous year.  Now that difference is (2%) as 13 more injuries have been exposed over the past month.  One situation we will not be classifying is the current Sidney Crosby issues.

Crosby and the Penguins are making a bold and correct statement by not traveling with the team during the current road trip.  Reportedly Crosby is not quite 100% and the team does not want to take the chance of another concussion occurring after a big hit he sustained in the previous game.

It is worth noting that in the associated article that Sidney “passed” his ImPACT test but still is being held out of action.  We have heard from many entities (including uninformed school boards/districts) that passing a nerocognitive test (ImPACT in almost all cases) would be enough to allow a player to continue.  Heck the NFL uses the “passing the concussion test” as its standard operating procedure to allow players to play the next week.  However between practice where he was talking of the upcoming game and his medical consult it was deemed that he would not be playing, even with the information that he passed the test;

“Sidney took a hard hit during our game against Boston Monday night and wasn’t feeling 100 percent,” Penguins general manager said in the statement. “He saw Dr. Mickey Collins of UPMC today and took an ImPACT (neurocognitive) test, which showed no problems. However, we all think it’s best that he sits out the next two games as a precaution.”

This is a perfect example to show that ImPACT test results are not the benchmark for return to play, even when administered correctly with a baseline to compare it to.  It really boils down to the clinical evaluation and judgement of the treating health care provider.  Even though it is being deemed a “precaution” obviously something is amiss because Sidney is not playing.  Good job Sidney and Penguins for being somewhat honest about the situation, it sets a good example for all those looking on.

Now on to the stats for this month (using 27 games as the average);