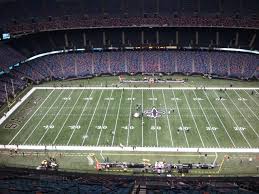 As detailed by Mike Florio and Will Carroll in their ongoing coverage of concussions the NFL has sent a memo out to the teams informing them the NFL Observer at the games will have a “hotline” to the medical staff of each team on game days via Chris Mortensen;

“A direct ring-down phone line must be in place from the NFL Observer position in the press box to both the home and visiting bench areas,” the memo reads. “This line should be clearly marked on the NFL Observer’s phone. The purpose of the additional phone lines is to allow the NFL Observer to alert the Athletic Training staff to a possible injury that may have been missed at field-level.”

After receiving a call, a team’s athletic training staff is expected to “verify that the player is being checked or that he will follow up on the situation.”

Although it is not the full plan detailed by Florio, it does put yet another set of eyes on the field that can help teams discover all injuries including head/brain injuries.  The memo does not specifically mention concussions but it is easy to assume this is the impetus after the Kris Dielman incident, as well as other peculiar situations like “dirt in the eye”.

The NFL Observer at the game is not the only one that can make the decision to call, at Command Central if a player is seen on a broadcast they too can initiate the phone call by relaying that to the Observer at the game.  As games kick off today we can only hope to see an immediate impact like the officials did when it was first installed.

Although I have ZERO pull, I would like to openly apply for one of these positions, as I have been calling for this for some time.  Is there anyone out there that can get Commissioner Goodell to call me?