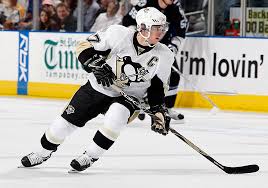 It was really exciting seeing Crosby score his first (and second) goal and play so well the entire night!

One thing that many in the sports media overlook, however, is the importance of fatigue with brain injury. I don’t know how much fatigue has effected Crosby, but I would caution them that even though he can play well, with lots of energy for a game or a few games, there could very well be days when his body kind of shuts down or doesn’t react as quickly as he’d like. Before the hockey commentators anoint him scoring champion, I wouldn’t be surprised to see him miss a game or two based on fatigue or other concussion symptoms.
This is by no means a medical assessment, but it is based on first hand experience with brain injury. No matter how badly you want to do something, sometimes, after a brain injury, the body does not react as quickly or as appropriately as you would like it to. This may be because nerves have found new routes around the brain injury, regardless, it has absolutely nothing to do with “will” or “finding a way” or whatever bit of conjecture the sports media likes to propose.
Crosby undoubtedly wants to play and play well. He has shown time and again that game pressure has little effect on the way he plays. It’s not like he’ll be constantly thinking about his concussion or his fatigue. He probably won’t at all. If he has symptoms like fatigue, they can just appear without warning on random days.
Again, I don’t know that Crosby has any of these symptoms and this is definitely not a medical diagnosis. Contact sports, athletes, media and parents have done so much work to educate and have spent so much time to be educated about brain injury, its causes and how it’s such a different injury than a broken bone or torn tendon. It certainly makes sense to now understand that recovery will also be different. Not to be Buzz Killington here, but just because Crosby took 10 months away, came back and played incredible hockey, it doesn’t mean he is “fixed”. The time away probably would have reduced the likelihood and severity of the symptoms, but it won’t necessarily take another knock to the head to cause him to miss another game or two. That’s part of recovery, NOT necessarily a setback.