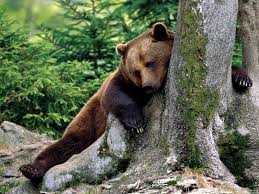 “Dr. Ann McKee confirmed that she believes that you can probably heal from the first concussion given time, that you definitely can fully recover and come back and be 100%,” Schneider said . “So that’s what a lot of people are afraid of. They think once you get the big concussion, you’re scarred for life and can’t recover. But her belief — and obviously they’re still developing a lot of things, but she believes, and is in agreement with what our doctors really felt, that if you take your time out and get your proper healing time, then you can fully recover from the brain trauma.”

If these doctors are correct, and a person can completely recover from a concussion instead of forever being more sensitive to head injuries due to the initial hit, it likely explains why specialists, doctors and team trainers have put the brakes on allowing players such as Crosby and Staal to return.

Increased rest is an absolute must for those that have been concussed.  We have promoted this for the adolescent for some time, but have been pushing for the NFL and NHL to sitting players longer just to send a message to the youth.

Maybe not the first to think of it, perhaps we have been the first to call, loudly, for it.  Good to see that BU and Cantu et al., have taken up the thought process, but it has done nothing to this point.  And maybe we are bit egotistical around here about concussions.

2 thoughts on “Cantu Now Following Us?”