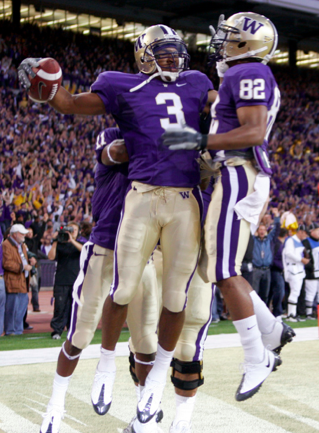 The Concussion Blog Original, 2011 NCAA Football Reported-Concussion Study, is a weekly compilation of reported head injuries in Division-I college football.  Concussions are added to the list each week from multiple sources to give you, the reader, a picture of what is happening on the field.  Each week we will bring you the information along with relevant statistics.  This study recognizes that the NCAA has no mandated requirements in reporting injuries, but hopes to shed light on an issue that hasn’t received the kind of critical recognition to that of the National Football League’s.  We encourage reader involvement in contributing to this comprehensive online study.  We will be using Fink’s rule to classify a concussion/head injury.

As we all very well know, college athletics are a beloved element in our national sports culture- controversy aside.  With understanding this country-wide phenomena in the adoration of college football, specifically, we recognize this love, and sit back in our own respective comfort zones of viewing games with our friends and families cheering on our favorite programs and alma mater institutions.  College football is a significant part of our exposure to sports, but for the sake of specificity as it relates to the regards of our blog, college football has not necessarily been given much attention in consideration of the sports concussion crisis.  The purpose of this study is largely to bring forth such attention, and to generate critical questions of the standards in place as football as a whole, without secluding the focus to only that of the professional levels.  This is a hard task, mainly because of the abundance of programs at the Division-I level, but also due to the fact that the NCAA has no requirements placed on coaching staffs to report injuries sustained by players during play.

As Week 11 (November 8-14th) officially wrapped up yesterday, we have completed the update on reported concussions in NCAA Division-I football, and will be comparing the results with that which we have gathered leading into Week 10.  In 57 games played during Week 11, there were 19 concussions reported.  We also learned that Texas Tech defensive back Tre Porter has been ruled out for the season after a concussion that he suffered during Week 9.  This now makes 11 college football players ruled “out for season,” in addition to the 6 players who have been forced into retirement.

Also, we failed to mention an appreciated standard in concussion policy and safety regulations by the SEC in previous weekly updates.  Georgia defensive back Shawn Williams was suspended during Week 8 for one half of a game after a helmet-to-helmet incidence in a game against Vanderbilt.  SEC rules state that any time a player leads with his helmet and goes toward the head and/or neck of a defenseless opponent is subject to suspension.  It’s good to see that the SEC is particularly concerned with the safety of their athletes in implementing such a policy.

Now we’ll get to the updated reported-concussion statistics through 11 weeks (641 games) of regular season action.

The following statistics of reported concussions in NCAA Division-I football will be broken down into categories of conference, team, position, and academic class.  The following is what we have discovered through the first ten weeks of the season.

We acknowledge the fact that these statistics are, by no means, concretely accurate, as it is quite honestly hard to believe that about 16 concussions occur weekly between 119 competing Division-I football programs.  The purpose of this study is to raise further awareness of the issue by broadening to critique at all levels.  By incorporating college football into the scenery, we hope to see that discussion regarding concussions/head injuries at this level of play grows to become more active.  As always, we encourage the readers to contribute to this study if they feel that any information may be missing anything, as we would like to generate a more complete compilation of data as the weeks progress toward the regular season’s end.