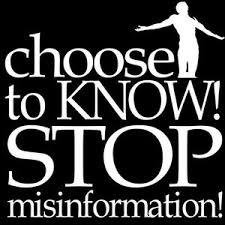 I was looking at articles for the week and tripped across this one from Pennlive.com by Tim Leone and was shocked at what I read; an entire article devoted to misinforming the public about mouthgear;

The Maher Mouth Guard doesn’t protect teeth. The intent of the device is to help reduce the incidence and severity of concussions through cushioning and proper jaw alignment.

Reducing the incidence would insinuate that this product can prevent concussions.  If concussions are a random event that no known product can attenuate or prevent, there is nothing that a simple piece of plastic can do in a mouth.  For the inventor to say such things is not only misinforming but fraudulent, period;

“I wish there was such a product on the market,” said Kutcher, quoted in the Los Angeles Times. “The simple truth is that no current helmet, mouth guard, headband or other piece of equipment can significantly prevent concussions from occurring.”

“In a way, I agree with that statement,” Maher said. “I would never say that if you wear my guard you are protected from concussions. What the guard does is it will lessen the incidence of concussions.

This nor any other product with LESSEN THE INCIDENCE OF CONCUSSION.  Anyone making such claims are trying the “long-con” on you as the consumer.

This was the best comment in the entire article;

Silvis noted that improved safety technology in helmets and more vigilant policing of head shots in pro hockey will have to be factored into the analysis.

As if to note that the MG may have little to no effect on the overall concussions on that team or others.

We have posted many times about this bald-faced lie this company continues to promote – including comments from visitors at the site, every time we get defense about research studies like the one the cited in the article “2009 CO-AUTHORED STUDY”.  How anyone can gleam independence with that article is beyond us here at The Concussion Blog.

This company is doing nothing but using fraud to sell a product, period.