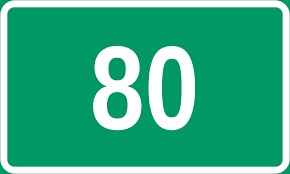 Last week there was an anomaly with only 2 reported concussions, this week was the polar opposite.  There were 12 reported incidents this week (2 in practices).  Which one is more accurate?  Week 9 would be the answer.

Week 9 was the first week the officials were asked to have heightened awareness about spotting brain injuries on the field.  As we mentioned on Monday it showed promise; but looking at the averages it was only slightly more effective.  However the move was a good one and in the long run I believe it will result in more cases being caught.

A lot of the feeling about this week have been made known already, no need to repeat it; so without further delay here are the updated statistics on concussions in the NFL (116 total from the opening of camp);

Notes:  Miami and Cincinnati have yet to report a single concussion since preseason…  DB’s compile 27.5% of regular season concussions and 25% of concussions overall…  RB’s have shown a concussion incidence decline from preseason (7.5% of RS and 13.79% overall)…  Mohamed Massaquoi was listed as a 2nd concussion (different from official reports); because a player cannot return to play unless he has been cleared, therefore we are classifying it as his 2nd…  Of the 116 overall concussions there is a 50.8/49.2% split offense/defense…