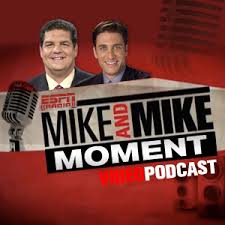 There are some of us that had hoped that the “World Wide Leader” in sports would have used its platform last night to further the discussion on the concussion issue.  Yes, as the commenters pointed out in the other post, they did broach the subject of Kris Dielman at half time.  Mainly to emphasize that the league was looking into this and the policy going forward.

On Mike & Mike this morning the hosts were joined by Chris Carter and really talked about it.  Not only the problems with the injury, but how the game is being changed.  You can LISTEN HERE.

No matter the side of the fence you fall on – player safety is number one – for professional players, college players and especially the adolescents.  There is no hard and fast answer to this, but it is worth discussing as they did this morning.  Times have changed, we have learned so much more about brain injuries and perhaps the injury of concussion is getting more severe as time goes on (size, speed, etc.).

I have been accused by coaches and parents that concussions are being sensationalized, not only by the media but by me.  They really feel this way and there is not an issue with that; but if you take emotion out of it concussions are only just beginning to get the attention they deserve.  Granted there is hyperbole in my writing at times, granted I use the “scare card” at times while speaking, granted I use football as my main example, but so what?

Obviously just talking about the injury and the research has very little effect on those that want to bury their head in the sand.  Presenting the information initially on a neutral basis and not telling people what effects a brain injury has (even the worst case scenarios) is not making head way.  Showing injuries in basketball, soccer, baseball, etc. has little to no effect on coaches and “lovers” of the number one sport in America.  These approaches I make are for a reason; to realistically grab your attention.  Some may call it sensationalistic I happen to call it awareness.

I do not have utter disdain for football; in fact I LOVE FOOTBALL.  I do not think tackling should be abolished across the board; I cheer the big hits (and deal with the aftermath).  I do not think everyone is doomed to a life sentence of depression and CTE; I educate and look for ways to avoid it – while dealing with those same issues on a personal level.  I do not want to get rid of collision/contact sports; I encourage all kids to participate in what they WANT to do.

Everyone needs to understand in everything we do in life there are inherent risks.  In some activities those risks are minimal, like walking across the street.  While others there are greater risks, like working on a crab fishing boat.  There needs to be a risk appraisal and then checks and balances to make sure people are fully aware and taken care of if something were to happen.  I know that high fatty foods will eventually make my cardiologist kick my ass, but I still eat and love places like Culvers, Taco Bell, Monicals et al.  I know the risk, no one is pointing a gun to my head and making me eat it, it will be MY FAULT that my arteries are clogged like I-25 in Denver at rush hour.  The same goes for sports.

If the professional player wants to bash his head in for a living, then good for him/her (and a lot of people will pay money to see it).  However, when an injury occurs they need to fully aware of the further consequences they put themselves in by continuing on the same day, the next day, or a month later.  As adults you can make those decisions, when you have full mental capacity to do so, not when you are in the midst of a brain injury.  Adolescents, although they can think for themselves, do not have this “legal ability” even in the right frame of mind.  That is all that I am trying to covey with this issue.

The injury of concussion is part of sports and life, and always will be, however the proper management and decisions is poor at best for most situations.  This is an issue not only for the players themselves, but the coaches, doctors, athletic trainers, teammates, and parents/guardians.

In the case of the NFL and how it handles its business and injuries, it is entirely up to them.  However, they must realize that because they are the biggest dog on the block when it comes to sports people are watching and gaining guidance from them, whether they like it or not.  Concussions happen in the NFL at a higher rate than any other televised event so why wouldn’t people get their lead from them?

Mike Florio has been on the topic for a few weeks now and has proposed a suggestion going forward on how the NFL handles concussions.  So what if he has little to no medical background, he can observe and read, he is allowed to give an opinion and his ideas aren’t any worse than others I have seen.  The real issue is that NFL players are adults making a living (a good one at that) and don’t want to lose that ability based on anyone elses terms, part of being successful.

So what do I think?  Thought you would never ask;

I hope this was helpful and if anyone knows the NFL’s number, call them I am willing to help!

4 thoughts on “Mike & Mike and My Thoughts Going Forward”