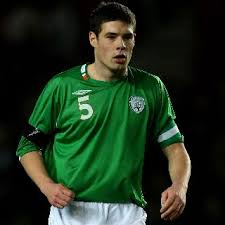 Since you have been following the blog you certainly know that soccer or (futbol or football) is very high on the scale of concussion risk.  This is not only due to collisions but to heading the ball; remember that the unanticipated traumatic events in all sports lead to a disproportionate amount of brain injury.  This occurs often in soccer, a sport without helmets or any head protection for that matter.  You also know that playing with concussion symptoms can lead to further damage and even serious consequences – particularly in adolescents.

Let us take the example of Leeds United’s Darren O’Dea.  On Wednesday, October 26th Leeds played a game in which they won 1-0, however O’Dea complained of dizziness after the match and taking a blow to the head.  The player (O’Dea) then proclaimed himself “fit” for yesterday’s match against Cardiff City.

Early on in Sunday’s match Leeds scored with some help from O’Dea but from there it went wrong for the player and team;

Grayson blamed a foul by Mason on O’Dea for United’s concession but asked whether the centre-back’s ailment had contributed to the goal, Grayson said: “I think it probably did.”

Not only did the Leeds only manage a draw, because of losing O’Dea, according to his coach, the player suffered more problems because of the original injury – mind you that the “knock” in the most recent game was by all accounts much less force than the first;

The main factor was that he got a little nudge, and he could have cleared it as well, but I think the concussion possibly contributed. He got a knock on the head in the last five minutes at Birmingham and suffered a bit of dizziness. I’m not sure whether it was concussion but he declared himself fit on Saturday after training.

Now O’Dea has experienced dizziness, blurred vision, loss of vision and poor judgment/performance due to his original concussion on Wednesday.  This is not a new concussion as the coach is insinuating, rather a continuation of the original brain injury.  Obviously the awareness issue extends beyond our football and hockey into all sports.  There has been a slow reaction to concussions abroad as well, as there are many more cases of concussion in soccer we have not highlighted.  There are some we have, like the Taylor Twellman incident and aftermath.

It is important to know all about concussions, especially in sport where the athlete has a propensity to “under-sell” the problem to get back into the game.