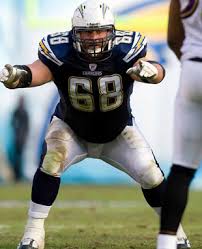 As teams get their bye weeks there are obviously fewer players on the field.  One would think that would translate to less concussions occurring; not the case.  Amazingly there have been 11 concussions/head injuries the last three weeks, nearly 43% of all injuries during the regular season.

Instead of looking at it like there is an actual increase in the problem, we should look at the increase of numbers as better and proper reporting of the injury; from both the league and the press.  If you remember the very first update from the preseason I hypothesized that the total number of concussions found would be over 200 (including preseason), due to these factors.

The total number of concussions found through four weeks of preseason and seven weeks of regular season (11 total) is 102.  With 10 weeks of regular season football plus playoffs I think it is trending to the 200 number.  Again I do not feel anyone should be alarmed by this trend, rather feel comfortable with the more accurate numbers.  2011 could easily become the benchmark for comparison going forward.

There was one very scary incident that occurred, Kris Dielman of the San Diego Chargers sustained a concussion in the 4th quarter of the game last week and it was reported by Mike Florio that he may have continued after the injury.  On the team flight home Dielman had a seizure;

The Associated Press reports that an ambulance met the plane when it arrived in San Diego, and that Dielman was hospitalized overnight.  Dielman wouldn’t comment on the matter, other than to say he won’t be playing on Monday night against the Chiefs.

Kevin Acee of the San Diego Union-Tribune reports that Dielman will miss at least two games following the concussion and seizure, which per Acee was “violent” and “scary.”

Now on to the stats (Regular Season);