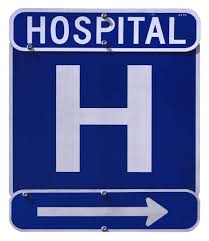 Those are kids that have sustained life threatening injuries to the head/brain and survived while playing football.  That is 20 kids that have been found by Matt Chaney during an exhaustive online search.  And these numbers may even be conservative based upon random reporting.  Chaney has been working on a list that would mirror and could be considered even more accurate than the National Center for Catastrophic Sport Injury Research.  Here is an excerpt from Chaney’s post about all the injuries;

Amid the second autumn of America’s neo-campaign for Safer Football, the extreme sport is lethal as ever in 2011 and on pace for its worst year in decades, confirms a review of casualty reports online.

As usual, teenagers constitute the large majority of football victims, among at least 60 cases of catastrophic injuries striking players since February—fatalities and survivors of subdural hematoma, stroke, paralysis, cardiac arrest and more emergencies—documented by this writer through search of Google banks under numerous Boolean word commands.

Comparing football numbers of a year ago, 41 catastrophic cases were logged for all of 2010 by the National Center for Catastrophic Sport Injury Research, a think tank funded by football organizations that compiles data recognized as authoritative.And there’s more mayhem online this year, including at least 5 survivor cases of heatstroke or heat-related collapse that may meet criteria for inclusion in the National Center survey, results to be posted online next spring by the University of North Carolina.

Heatstroke fatalities are included in annual catastrophic data, for example, while worst-scenario survivors can sustain brain damage if body cooling does not commence soon enough.See my annotated list of survivor cases below.

Meanwhile, life-threatening cases of football 2011 nevertheless unqualified for National Center statistics involve conditions cases such as a teen player’s ruptured femoral artery and another’s destroyed kidney, resulting of collisions, along with blood clots emerging in two players following major knee injuries. Still another developed blood clots following surgery on groin muscles, sending him right back to the operating table. This athlete, Nermin Delic at the University of Kentucky, underwent a third surgery related to blood clotting, removal of a rib.