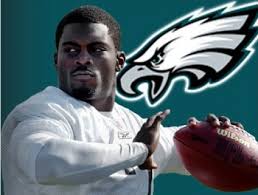 I believe that there are more than Carson, Nowinski, and myself looking at the results of Vick playing.  Will he be OK when it is all said and done this afternoon?  Probably, but if not the “I told you so” will be flying like crazy.  The Crosby reference is not one to take lightly, as I have mentioned on here it was the machismo belief that he was fine that put him in the situation he is currently in.

As mentioned there is way more things to consider with concussions on the professional level, unfortunately these “things” muddy the water.  What are these things?

It looks like a convoluted mess when dealing with a professional concussion, the first three are problems that can be dealt with by proper education, the fourth is a matter of control.  The fifth issue is one of great concern across the medical community as we are not all convinced what we are using is definitive enough to make the right decisions;

Nowinski thinks there are plenty of reasons that he shouldn’t play, at least for one more week.

“If Michael Vick knew what I knew, he would not be back out there on Sunday,” said Nowinski, who suffered multiple concussions when he was a football player at Harvard and as a pro wrestler. “We have to be humbled by the fact that the tools we have right now are weak when it comes to determining when the window of vulnerability is over after a concussion. In my world, and with the guys that I deal with, there is no shame in erring on the side of caution and making sure you don’t get that second hit.”

Nowinski thinks the NFL is doing “a much better job” of determining when it’s safe to play. But as the NFL notes in its policy, a critical element of managing concussions is “candid reporting of players of their symptoms.”

The sixth issue is something that I have personally been berated for and “talked to about” when writing on it.  Granted the players have to be released by an “independent” source, someone who has no ties to the team/player, good in principle.  However, the issue with this is that the “independent” source does not know the athlete as intimately as the teams medical staff.  In fact the only people who truly know the normal disposition of the athlete is: the athlete him/herself, family, coaches, teammates and the athletic trainer.  All the people who are around the concussed on a daily basis.  These sources would know if something is “amiss” with the injured individual even subtly.  Then why should these people not be able to weigh in on the final decision?  Granted a large portion of that group could be controlled or even see things through jaded glasses when trying to help, one person would/should not be, that is the athletic trainer.  The issue at the professional level (and in no way am I saying this is the actual case with any concussion in the NFL) is the perception that the part of the medical team that knows the player the best may be influenced to just do the tests, take the players word and pass it along to the independent source for clearance.  That is not exactly the wrong thing to do, it would be part of the job; however at some point there needs to be a responsible person that knows the individual on a clinical basis that can discern actual viability for return to play.

For now, at the professional level decisions are going to be made in a vacuum, and because of that Vick can return to play.  However that does not mean that it is the right thing to do.  Oh, my opinion on the matter, if Rick Burkholder says he is good to go then it should be noted that he should know Vick better than anyone else when it comes to medical issues.  That being said if this were a high school or college player in my control, he would continue to be out.