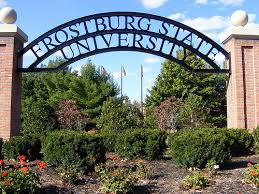 The fact that mom and dad are without their son from an accident is unfortunately becoming news that is both expected and not “earth shattering” in the sport of football.  Sheely may have been the first football player this season to pass due to traumatic brain injury sustained in the sport, but there have been many taken to medical facilities with life threatening injuries.  In one case in Tennessee a player, Paul Kainen Boring, continues to battle brain injury after it was discovered he had a pre-existing condition called “arteriovenous malformation, an abnormal connection between arteries and veins in the brain that usually forms before birth.”

What is concerning with these issues according to helmet makers is the quick snap judgement some are making based upon the Virgina Tech helmet study.  This issue was highlighted by an op-ed produced by Glenn Beckmann of Schutt Sports.  In the story originally ran by BuffaloNews.com (it has since been corrected/edited/parts removed) this statement was published;

Sheely was wearing a 2011 Schutt DNA Pro Plus helmet that the university selected based on the results of a Virginia Tech study of the concussion protection afforded by various brands, university spokeswoman Elizabeth Douglas said.

In another report of the story by Gazzette.net the following line was included, but has since been removed;

It appears as the media was very quick to try to shove blame on the helmet maker or the Virgina Tech study.  Either way the problem is NOT helmets (no helmet can reduce the chances of concussion); although the oldest models and aged helmets do provide FAR LESS protection (skull fractures and forces to the skull) than newer helmets.  The problem continues to be with awareness and the risks associated with brain injury.  One key point that continues to be glossed over is the rotational and shearing forces transmitted to the brain, meaning you don’t have to absorb a direct hit to the head to induce the injury response.

Our thoughts an prayers go out to the Sheely family as they deal with the difficult loss.