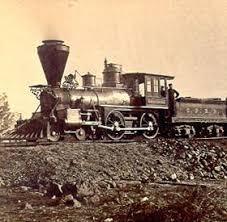 As you can see the knowledge was out there for all to see, however the concussion issue has not been a “hot topic” since circa 2008, but was gaining strength in the early 2000’s.  Now there is a trend to discern between the concussion and “post concussion syndrome” which was a phrase coined in 1934 by authors Straus and Savitsky.  The new model (rather the logical thinking) is that after you break a pinky and you have pain/symptoms is it called “post fracture syndrome”?  Currently that is not the model, so why should a brain injury be treated the same?

It is believed that once the symptoms resolved the injury may be healed, but if you have paid any attention to this blog you will know that is not exactly the case.  Symptoms can resolve due to many reasons, the biggest being rest, however when the injured is placed into “new” situations like activity or school the symptoms reappear.  This gives the clinician a second diagnosis, one of PCS, when in fact the possibility exists that these are pathologies from the existing injury.

This post arose from the comment section as Don Brady, PhD, PsyD, NCSP, LMFT had this to say;

I agree with you that the term post concussion symptom is very misleading. Please see below excerpts for additional comments.

Perhaps some excerpts from my 2004 Dissertation (…NFL Players’ Knowledge of Concussions) will assist you along with also reading a 1994 (yup 1994 !) article written by neurologist R. W. Evans, MD who was a trailblazer in the field of concussions. A brief list of some of his concussion related writings follow:

I had the privilege of conversing with Dr. Evans during the completion of my PhD studies. Dr. Evan’s article that appeared in Seminars in Neurology is entitled The Postconcussion Syndrome: 130 years of Controversy. Upon reading the journal article you will find that many of today’s issues were being discussed during the 1800’s: substitute trains for sports.

The overall theme of this educational post is; education about the myth that there is agreement amongst clinical professionals on concussions and the related after effects and two CLINICAL JUDGMENT is key to this injury.  I would like to thank Dr. Brady for his time on this matter and applaud him for his expertise, providing you the reader more important information.