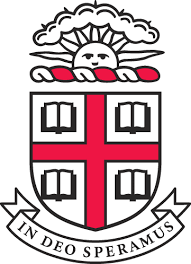 Using the Head Impact Telemetry System (HITS) made by Simbex exclusive to the Riddell helmet researchers were able to quantify how often and who was sustaining the most force to the head throughout three seasons.  The study was performed at Brown University, Dartmouth College and Virginia Tech University; compiling information on 286,000+ hits on 314 players (910+ hits/player).  The aim of the study was to identify exposure rates and begin to find ways to limit such exposures if possible.

The lead author on the study was Joseph J. Crisco of Brown University, amongst other faculty positions.  This study is set to appear in The Journal of Biomechanics.

Here are some quotes from the Brown University public release;

The data on head acceleration and hit direction are used to calculate a composite score of exposure called HITsp that researchers believe might be a good predictor of concussion. On average, running backs had the highest HITsp, 36.1, followed by quarterbacks with 34.5 and linebackers at 32.6. Offensive and defensive linemen had the lowest HITsp numbers, with 29.0 and 28.9 respectively, but along with linebackers, they were hit on the head most often. Doctors worry not only about hit severity, but also hit frequency, because repeated head impacts may cause “subconcussive” neurological damage over time.

We have always hypothesized that the perimeter players (DB/WR) would sustain the highest exposure rate to high forces, as seen in our NFL data collection from last year.  However, what was less known was who would be absorbing the most forces in these collisions; this study shows that the RB and LB are the ones with this dubious distinction.  Also we openly discussed that the OL and DL would be getting the most overall contact to the head, as confirmed by the study.

Although Crisco’s analysis is still underway, his insights into head impact exposure led him and co-author Richard Greenwald, a Dartmouth engineer, to write a commentary earlier this year in Current Sports Medicine Reports, in which they argued that intentional use of the head in sports must be curbed.

“We propose the adoption of rules — or in some sports, we champion the enforcement of existing rules — that eliminate intentional head contact in helmeted sports,” they wrote. “When coupled with education that leads to modified tackling, blocking, or checking techniques, these rules will reduce head impact exposure and have the potential to reduce the incidence and severity of brain injury.”

Although the last comment makes perfect sense, fans and the general sports loving population cannot wrap their head around this issue.  Take for example the NHL, for some unknown reason this league continues to bury their head in the sand regarding head contact.  As Sidney Crosby stated in his presser yesterday “it won’t change the game”, it will just make the player accountable for their actions.  In football the NFL began to enforce rules already in place, if not in yellow hankies then by dollar signs with fines.

Changing a stigma is very difficult, it takes time, but it can be done.  If you are old enough I am sure you have heard stories or actually participated in allowing your infant to ride in the lap of a front seat passenger WITHOUT a seat belt.  Studies like this affirm our commitment to getting the message out about what is going on.  As always, the injury of concussion is not the major issue, it is how it has been mismanaged for so long.