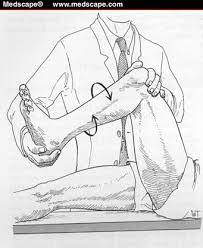 The weekly blog of an athletic trainer covering high school sports, including injury recaps.  This is an insight into the daily life/profession of an athletic trainer.  All incidents are meant for educational purposes and names/teams may be changed in order to protect identification.  That’s A Wrap will post on Tuesday mornings as a recap of the previous week and any upcoming highlights.

Last Monday, after I had written the previous “That’s A Wrap” I was summoned to the local hospital for an injury of a player at an away game.  Naturally it was something I work on very hard, closed head injuries, a.k.a. concussion.  Apparently he lost consciousness after a hit and was not stable during the on field examination.  He was quickly evacuated to the hospital where I met him and the medics.  What was truly amazing was the rapid response from the staff AND the proper information given to the athlete and family about concussions.  Amazingly, the attending physician recognized me – my constant courses/meetings on concussions – and he conferred with me about the injury.  I would even say it went as far as a consult, which is satisfying to me because as he readily admitted concussions are a clinical diagnosis and after clearing all life threatening injuries it was time to get the right information and management for the patient.

It seemed as though our football team was going to be whittled down to about 4/5 of the starting numbers after the first week and lingering injuries.  However like anything else in life the team had to press on with what was available as I did what I do best, try to get them back safely and quickly.  By the time the freshman team played on Thursday we had resolved 3 of our 10 injuries on the board, getting us back to almost full strength.

On Friday the team played their first home game, in very high heat.  Thankfully the humidity was low, but game time temperature was 98 degrees after a week of low 80’s.  Of course I was worried about heat related illnesses, we had two pig troughs standing by with ice and water in case of emergency.  All week-long we were harping on hydration and proper nutrition to prevent as many cramps and issues as possible.  Once the sun went down the temps dropped rapidly but we were tearing through water, 32 gallons by half time for 38 total suited up players and coaches.  In the second half we went through about 20 gallons, for a staggering 52 gallons of water.  Granted not every drop gets ingested, it was a testament to the student athletic trainers and support staff to keep ’em drinking.

All of the preparation paid off as we did not have ONE cramp all night.  There were some tired boys out there but no heat related issues and on top of that no injuries of significance.  I turned to my student after the game and told him that we did our job perfectly tonight, as we never hit the field and had no injuries.

The only injury I had to deal with all week was tonight, during a JV game.  A player from the opposing team went down with a knee injury, unknown MOI with previous history on the knee.  The unusual thing about the injury was that he could not straighten the knee out and he was reporting it was “locked”.  Come to find out after speaking to his parents, that his past medical history of that knee had returned, confirmed via a positive McMurray’s and Appley’s test.  With all the tricks I had in my bag I could not get it to “unlock” and he was carted off to go home and get in the hot tub, per doctors orders, to get the leg to relax and possibly “unlock”.

It will be a very intense week as the schedule stiffens a bit and the pressure rises.  Here is to hoping we stay injury free and get some more players back.