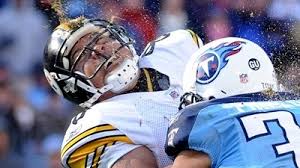 The Concussion Blog Original, NFL Concussion Report, is a weekly compiling of the reported head injuries in the National Football League.  Concussions are added to the list each week from multiple sources to give you the reader a picture of what is happening on the field.  Each week we will bring you the list of players along with relevant statistics.  If we have missed a concussion or put one on here erroneously, let us know.

With all the “practice games” out-of-the-way and final cuts made it is time to take a quick look at the concussions in the NFL this preseason.  For a retrospective reference last season we were only able to find 8 such incidences of concussions.  This year there is obviously more, but before everyone starts to panic there are some very valid reasons why there may be more;

The data collection for this story, and all forthcoming reports during the regular season, is via: news articles, injury reports on CBS, ESPN and NFL websites, emails from sources (that can be verified).  We will also be using “Fink’s Rule” to identify concussions throughout the season; we understand this has yet to become an accepted “rule” but we feel that it is important to educate the public about trauma to the head region.  Along with the actual numbers we are continuing to collect helmet information on those that are injured; this process includes screen grabs, photos from media, and verified reports from witnesses.  Helmet information will be cumulative from preseason on, where as injury stats are going to be reset once the regular season begins.

Without further ado here are the numbers;

Some notes on the above information; RB concussions this preseason are higher than last season (27% to 7%)…  Slight decline from the DB position (19% to 25%)…  Offense/Defense split was nearly 50/50 last season this preseason it was 61/39…

There really is not a lot to tell via these numbers other than the process is going to possibly be a little easier and the numbers may be higher than last season.  For the purpose of consistent tracking we are going to list any new names with concussion on the injury list as a regular season concussion (meaning those will be counted as a week one injury).  Following that week injuries that are on the injury list for the next week will be placed on the previous week’s list (ex. week two injury list report for player X will be a week one concussion).

The intent is to have the list and accompanying statistics produced by Thursday of game week.  During the season when there is time to watch most of the games we will have a live blog of reported injuries, I will notify via twitter.  However, this should not preclude you from sending us information via email or twitter during games, a lot of injuries can be found by you the reader.

I appreciate all the help and the traffic, good luck to all the players, and you the fans of your favorite teams.  As a little bonus, if you would like to post your SB participant guess in the comments below, the winner will receive a “We heart Brain” bracelet.  For entertainment purposes here is my guess: Patriots vs. Falcons, winner Patriots.