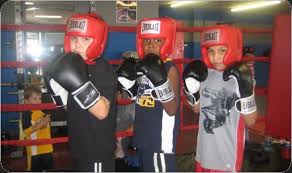 The American Academy of Pediatrics and the Canadian counterpart (Canadian Pediatric Society) have urged parents to keep kids out of the ring or sports that focus on head and face contact, like MMA;

“In boxing, children and youth are encouraged and rewarded for hitting the head. We’re saying, don’t put kids in a sport where hitting the head is condoned and encouraged,” said Dr. Claire LeBlanc, co-author of the new position statement and chair of the Canadian Paediatric Society’s Healthy Active Living and Sports Medicine Committee.

The new policy statement is published in the September issue of Pediatrics, and was released online Aug. 29.

The news was not met with fanfare everywhere, as you can imagine the boxing associations feel that the sport is and continues to be a good source of exercise and discipline for youth.  There is a social factor that could be an issue as well, as Dr. Robert Cantu explains in the USAToday article;

“I think it’s a well-intended statement, but I don’t think that it takes into consideration the realities of who mostly gets involved with boxing. These are people that don’t have, for the most part, your local golf course, tennis or basketball court as an option. These are youngsters, often from deprived backgrounds, that flourish with direction and flourish with having individuals take an interest in them. They are far, far safer in the boxing ring than they are out on the street,”

“I’m not advocating boxing for anybody and I’m not advocating anybody take head trauma from any sport. Everything in life is risk and reward. The reality is, it’s far safer for these individuals to be in the ring at all levels of their life than it is to be out where they come from.”

It should be noted that Dr. Cantu is also a spokesperson for USA’s Boxing’s Medical Commission.  What is apparent is that concussions are the leading injury in boxing, and remember that the injury itself is not the issue, rather the improper management of the injury.  As has been discussed here the adolescent brain recovers at a slower rate than an adult; add to that the decision-making of the youth – in terms of informed consent – pales in comparison to adults.

Boxing can be a great sport, heck it’s “The Sport of Kings”, and the recent “off-shoot” of MMA can be a very good form of exercise and discipline, but do you want your kids heading into a sport where the object is to knock out or be knocked out?  To each their own, but exposing young brains to beatings can’t be good in the long run, right?

2 thoughts on “No Boxing For Kids”