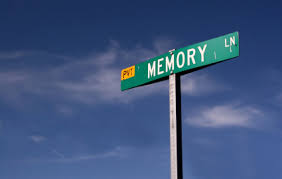 Frontline recently re-broadcast a documentary about concussions that it had done in April. The story revolved around a football team from a private high school in Arkansas. The Shiloh Christian program was used primarily as a backdrop for the central theme: the intensity, pressure and the resulting disregard of health issues – notably concussions – in high school football in the US.

It was interesting – and kind of disturbing – to see how easy it is for coaches, parents, players, to convince themselves that the ubiquitousness of the basic football mantra of ‘hit hard, hit often’ somehow destined them to a football player assembly line to produce the same product as everyone else. Like there was nothing they could do but keep hitting as forcefully and as frequently as they could.

Football players in the US, the really good ones anyway, are recruited by high schools and whole families move to new towns in the hope that their son can make it big or get a college scholarship. Canadians shouldn’t kid themselves, the same thing happens here (albeit with fewer players, as we’re 1/10th the size) with young hockey players moving away at 16, 17 to devote themselves to the sport in the hopes that they too can make it big.

The point is, people invest a lot of time into these sports starting at an early age. Getting them to rest, sit out, take some time away from the game, is not going to sit well with parents – who want their child to be happy and have seen how important the sport is to a child – coaches – whose careers are based on win-loss records and how well they can push their players – and players – who have dedicated so much of their time and energy, and who are teenagers, so they especially don’t want to be ridiculed by their peers.

So, changing the mindset and the game at that level is difficult because you’re dealing with so many factors. But it’a also the best level at which to instill a new mindset, a new way of playing and a new way for players to be evaluated. Ideally, the NFL and NHL would change their rules around hitting and blows to the head. However, the both of these leagues are extremely conservative institutions and afraid of their team owners and league sponsors. The players will also be cautious – they have ingrained mindsets about how football should be played, money, careers and livelihoods to worry about.

If pro leagues make drastic changes that truly affect the way the game is played, it will take a couple of years for players and player development to adjust. In the meantime, kids at youth levels will be taught a new and – hopefully – safer way to play. If past behaviour is any indication, this won’t happen. So, it’s left to younger leagues to start the trend. Youth leagues, whether they’re recreational, club or in school, have the ability to impose change. This is where parents can truly exert their influence. Youth leagues cannot survive without parents’ endorsement. If younger players in League A are taught a less dangerous, and likely less physical, style of play, won’t they be poorly prepared, and ill-protected from injury, when they play a rougher team from League B? This would be the obvious and valid concern for everyone involved. It would then have to be mandated up through the leagues. It would be a long and difficult process, but someone’s got to do it. Difficult doesn’t mean impossible.

I may write another post about how infuriating it is hearing commentators talk about how we can’t change the game entirely, how ‘it will no longer be the game we love’. That last paraphrased comment is one I’ve heard on countless occasions. It is one of, if notthe most ignorant excuse for not changing anything. It’s stating that children and others playing sports, should risk their health because some arrogant person wants to be nostalgic.

A lot of people – especially in sports – are nostalgic about being nostalgic. The past and present dictate the way we look at the future and until a noticeable change is made to the way contact sports are  taught and officiated, a different , but still exciting, future game will never develop.

One thought on “Progressively still”