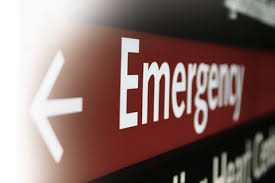 Last week we ran a story about how there seems to be a disconnect between doctors, primarily ER docs, and the concussion issue (via @pirateatc).  It is going to take some extra work by those that know about this injury to educate those that do not have the full story, including doctors.  After that post I received an email from a reader I would like to share that with you (below in italics).

I’ve been reading your blog on almost a daily basis.  You’ve got great stuff that your writing about.  I commend you for your work.

I concur on the concern over the primary care physicians and the Emergency Room docs.  There really does seem to be a disconnect.  As I noted at our concussion summit, when we surveyed our members and asked them their thoughts about the knowledge of the primary care/ER MDs and the majority of them rated them as fair.  When asking what percentage of cases were either a) not recognized as a concussion b) cleared before appropriate guidelines, the response was about 70% of MDs either do not recognize the injury as a concussion or b) clear them before current guidelines.  That’s a big problem.

There was a recent article published in the J Emergency Medicine which surveyed Em MDs in Michigan and it noted that a small percentage of MDs utilized any formal guidelines for managing concussion.  LOC, Amnesia and extreme symptoms were the primary symptoms which they based their dx.  (article attached).  You always hear the story “your CT was normal, you don’t have a concussion”.  I’ve had a girl I actually spine boarded because she went up for a lay-up, came down on her head and had LOC and the  ER MD checked her pupillary reflex and said “well at least you don’t have a concussion”.  He cleared her to play the next day even without a CT!  There is a big disconnect and I’m not totally sure why either.

I was invited to speak at a state family practice meeting this Summer and I asked the MDs for a show of hands….how many concussions do you see in your practice each year…. 5? all hands were up…10? over half were down…..15? Almost all were down….20? No one’s hand was still up.   If you read the ER MD study I cited, most noted they saw <15 concussions in a year….maybe it was a more rural area??  That figure seemed odd to me…I would have suspected that they would have seem dramatically more.  The primary care MD has to deal with a multitude of issues.  If they don’t see that many concussions and if most concussions resolve pretty quickly, the urgency or importance to get educated is just not real important to them.  As ATs we see a lot of concussions.  It is important and common to us.  We also see a good number of kids who have prolonged symptoms.  We understand the importance of recognition and resolution.

The problem this highlights is that in all states, the physician is the caregiver of significance.  Many states don’t recognize the training or knowledge of ATs in the care and management of concussion.  When a parent comes back with that physicians note that says “no concussion, cleared” it can create a credibility issues for the AT and create lively discussion with the parents and our school administrators who may or may not give us backing.

In NJ we had one of the fist concussion laws that was signed into effect.  It dictates that an athlete must see a physician “trained in the management of concussion”.  What does that mean?  Because they went to medical school, this makes them educated enough to make a decision?  Did they read a journal article? Have they taken a course?  Are they asked to verify their training?  Will they be asked to verify their training?  If an athlete walks in with a big puffy knee that wont bend, or a cardiac arrhythmia the primary care MD has no problem referring them to a medical expert…why should a patient with a brain injury be any different?  The fact that MDs can’t see or hear the injury greatly influence their attention to the injury.

Our state law also says that physicians must rule that the athlete is “asymptomatic”.  What exactly does this mean?  They tell you they don’t have symptoms?  They have a normal impact test? They look good and health?  The May 2011 Br J or Sports Med had a nice article on reconsidering “asymptomatic” after concussion.  It really raises some good questions and makes note that this really needs to be discussed and defined further to help MDs with their decision-making process.

Back to the ER MDs…Besides the point of not recognizing the concussion, what about the un-necessary radiation for the kid?  The CT seems to be the imaging study of choice for most patients who go to the ER.  The CT is utilized to r/o an intracranial bleed which in some patients is important.  It is a much debated discussion.  There have been several articles written about this process. First point to make is that CT’s DO provide a significant radiation dose to the patient.  That should not be taken lightly, particularly in the pediatric patient.  Blindly doing the CT is not good medicine.  Depending on who you read, patients w/ GCS 15 – the chance of a bleed is <10% w/ <1% requiring surgical intervention. (Jagoda AS, Psych Clin N America 2010) There are two criteria which have been utlized to limit CT use based on clinical findings.  New Orleans Criteria and the Canadian CT Head Rule (CCHR).  Both have been studied and the CCHR seems to have a greater affect on reducing the incidence of CT( 37% reduction vs 3-20% w/ NOC).  The CCHR notes that CTs should not be done unless there are 1/5 high risk factors present and they include 1) don’t reach GCS 15 within 2 hours, 2) suspected skull fx, 3) signs of basalar skull fx, 4) vomiting >1 time. 5) age >64.

There was an interesting study done Nigrovic in the June 2011 Pediatrics Journal.  The study evaluated a “wait and watch” approach to ER visits for patients with a head injury. One approach just utilized current guidelines for utilizing CT study and the other waited and watched for patient deterioration over time.  The wait and watch approach resulted in a 50% decrease in CT use w/o and increase in complication or death.

One can only hope that newer imaging techniques like fMRI or DTI become better refined. Perhaps  SWI (Susceptibility Weighted Imaging) that can be done with a normal MRI and which can pick up subtle concussive injury (Beauchamp M,  J Neurotrauma June 2011){I wonder why this isnt’ talked about our utilized more????} or the use of biomarkers like S100B which if taken within the first 3 hours after injury can help to determine who needs a CT or not. (J Head Trauma Rehab, July/Aug 2010).  Development of other technologies like transcranial US and the measurement of CO2 expiration has been noted to be sensitive to concussive changes to the middle cerebral artery (Med Sci Sport Ex May, 2011) or perhaps a closer evaluation of the patients EKG to note changes in the QTV1 interval which may show changes to the sympathetic function (LaFontaine, J Ath Training 2011)  may hold promise for decreasing the reliance on CT and minimizing the unneccessary radiation dose to kids.

Ultimately, the ER must rule out an intracranial bleed or significant intracranial damage. Recognizing concussion though significant, frequently gets downplayed with this approach. There has to be a way to change the current attitude and thinking among the primary care community.  We joke about it and keep saying we are going to print up t-shirts on the front it will say “Concussion”…. on the back it will say “Winning the battle one physician at a time!”….there is some truth to that!

Again, I applaud your discussion and attention to detail on your blog!  Good stuff.

He brings up a great point with the imaging; for now there is not a sensitive enough tool that can pick up a concussion.  Perhaps part of the actual diagnosis of a concussion/mTBI should include “unremarkable imaging”.  Meaning a concussion is diagnosed when; a patient has complaints of head injury, including but not limited to: headache, vision disturbance, dizziness, amnesia, loss of consciousness, tinnitus, confusion, fogginess, etc. AND imaging of the brain/skull rules out fracture and/or bleed.  However in cases where imagining is not necessary concussion is defined as any physical or cognitive disruption of the brain lasting greater than 5 minutes.