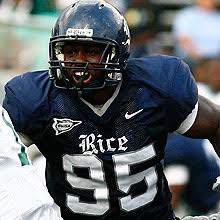 Last season in our limited experience of tracking concussions, there were eight found during all camps and preseason games.  This year our resources are better and there are more willing to contribute (thanks Noodle), and through one preseason game we have found 12 of them.  You read that right, there have been 12 concussions/head injuries unearthed to this point.

So what does that mean?  Not much in my opinion.  If you noted in the final update from last year, I theorized that we will see an increase of reported concussions due to more exposure on the injury.  There will also be an increase due to the reporting by the athlete, we hope.  From the beginning of camp in 2010 through the end of the playoffs we found 172 concussions, not complete but the most comprehensive you will find.  This year I will be surprised if there are not more than 200 when all is said and done (if I were to guess I would say the real number is somewhere in the 230 range).

The only issue I have at this point is reports that Cheta Ozougwu of the Houston Texans may have played nearly a quarter after his injury occurred.

Speaking of 2010, there were an average of 9.3 concussions/week of games; this past week every team was in action and there was 12, not a significant increase in my mind.  Don’t panic, just take it for what it is worth, just numbers at this time.  You need to remember there are more players playing in preseason then will be on the field once the regular season begins.

Please continue to send us information as you find it.