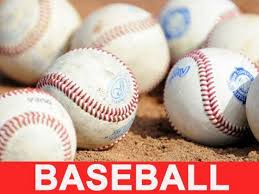 Drew Cumberland of Pensacola, Florida and Pace High School was a fast rising star since being drafted by the San Diego Padres.  by the age of 22 he had seen action at the AA level and even appeared in a spring training game for the parent club.  However his career is now over, as a player, due to concussions and vestibular issues.  Bob Heist of pnj.com wrote a good story on how a promising career was ended.

Cumberland is like any other typical high school “stud” that played many sports, also a true competitor that would play through pain and a little “headache”.  His earliest known/documented concussion came in 2003 as a freshman in football but later had a few incidents finally experiencing another “serious” concussion in 2009 after running into a fence;

Concussions, most small and created by what many athletes would consider inconsequential impacts, ultimately ended his career.

It was the reason, complicated by the inner-ear issues, he would spend days in a hazy state and created the headaches that doctors tried to treat early on with medication for migraines.

“There were times when I thought I was losing my mind,” Cumberland admitted, trying to put into perspective the bad days, which became far too frequent, especially in his final 20-plus months as a professional ballplayer. “The headaches were coming from so deep in my brain, it was hard to explain to someone. I would talk to (the Padres’) psychiatrist because, honestly, I thought I was going crazy.”

This story while a sad end to a promising career highlights the need to be on top of the concussion issue.  Had Cumberland treated each incident with the proper concussion management would the vestibular issue arose?  We don’t know, what we know and he told is that concussions were not taken seriously by him, and in fact contributed to an early retirement from baseball.