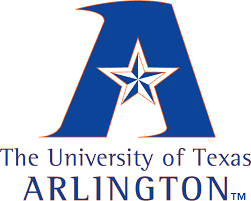 Jacob Resch an assistant professor at the University of Texas – Arlington just presented his findings about ImPACT testing and its reliability.  I was privy to a media release of the information, here it is in full (bold is my emphasis);

ARLINGTON – A computerized testing system commonly used to evaluate sports-related concussions misclassified up to 29 percent of healthy participants in a recent test by a University of Texas at Arlington kinesiology researcher.

The results from the study of the ImPACT computerized neuropsychological testing system emphasize the need for multiple types of assessments, said Jacob Resch, an assistant professor of kinesiology and director of the University’s Brain Injury Laboratory. During the study, the system had “only poor to good reliability” in 45 healthy participants, he said.

Resch’s findings were presented this week at the National Athletic Trainers’ Association annual meeting and clinical symposia in New Orleans.

Concussion assessment and management has become a national concern in recent years as former National Football League players and their families have come forward with personal tales of the lasting impact of hard hits. Legislators, national sports organizations and parents of children seriously injured have called for a cultural change in how brain injuries are diagnosed and treated.

Starting in August, public school athletes in Texas who sustain a concussion will not be allowed to return to play for at least 24 hours and must be cleared by a licensed healthcare professional. The University Interscholastic League strengthened the concussion management protocols after its medical advisory committee recommended the changes. Before, students with concussions could have been allowed to return to play if symptoms of a concussion cleared after 15 minutes.

The use of the ImPACT test, alongside other measures, is widely viewed as a useful tool in evaluating when a player may return to the field. Resch said the results of the study shouldn’t be interpreted as an indictment of the test.

“What our results stress is that when developing a sport-related concussion management protocol, a multi-facet approach including self-reported symptomology, a balance assessment and computerized neuropsychological testing should be implemented,” Resch said. “Ultimately, by incorporating this approach to concussion management we are significantly reducing the risk of returning an athlete back to the playing field too soon after a concussion which may lead to catastrophic consequences.”

The ImPACT test, which stands for Immediate Post-Concussion Assessment and Cognitive Testing, was developed in the early 1990s. It has five main outcome measures – composite and verbal memory, visual memory, visual motor speed, reaction time and impulse control. It is used for both baseline and post-concussion testing.

Resch, who is now using the ImPACT test in a lab study of North Texas high school athletes at risk for concussion, said researchers wanted to add to the limited scientific examination of the ImPACT test’s reliability. This is especially important as state and local entities consider making baseline testing required practice.

The healthy participants in Resch’s study had an average age of about 22. They were tested once, then again about 45 days later and again about 50 days later.  The time periods are similar to what would be used in a clinical setting. The researchers found that ImPACT misclassified22.2 percent to 28.9 percent of the healthy study participants on one or more test variables at the 45 and 50 day marks.  Those who were misclassified did either significantly better or significantly worse than their baseline, even though their health had not changed.

“Research like this reinforces the need to look critically at what we do and make it better,” said Dr. Kimberly Walpert, coauthor of the study and a partner at Georgia Neurological Surgery. “I think this is particularly important in view of the growing evidence regarding how multiple, seemingly insignificant brain injuries may have long term consequences for athletes.”

Resch hopes presenting the study data at the national conference will encourage ImPACT’s parent company to improve test-retest reliability and motivate athletic officials to continue using additional methods – like balance assessment and interviews with the athlete.

“We are very excited about the work that Dr. Resch is doing,” said Professor Lou Fincher, chairwoman of UT Arlington’s kinesiology department. “This study, as well as his current and pending projects, will continue to help shape the standard of care for assessing and managing concussions.”

The University of Texas at Arlington is a comprehensive research institution of 33,800 students in the heart of NorthTexas. Visit www.uta.edu to learn more.

All of this information is what we have been saying here for a very long time, and it is the crux of the tone Matt Chaney writes with in regards to concussion reform.  We cannot, as clinicians/parents/athletes, expect any tool to be specific and sensitive enough for every single person.  The human brain is so complex that creating a “gold standard” for evaluation would be nearly impossible, in my opinion.

Remember that if you have the resources every tool that is available will help with the concussion issue.  Not unlike working on a car or a remodel of a house, the better and more options you have to get the job done the better the result.  As always, I will remind you that I do use NP testing, in fact I find it valuable but not for the “clearance” aspect of it.  I like to use these products as an awareness device, as well as a confirmation that the injured individual is NOT READY.  Personally as an athletic trainer I don’t think I have ever cited, nor will I in the future, the passing of the NP test as an indication of readiness for play.  Rather I rely upon the difficult task of a clinical evaluation, balance assessment, and reaction to physical activity for the best recommendations for the MD.