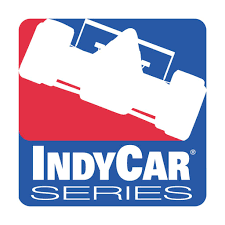 After the stories about Simona de Silvestro and Will Power, I was inundated with email regarding the actual protocol for the racing series and concussions.  I was able to reach out to get some answers from a source within INDYCAR that wishes not to be identified as they are not part of the medial “team”,

“All drivers take the ImPACT at the start of the season to establish baseline.  It is required the ImPACT as well as evaluation by our medical director for clearance to drive after a driver has been diagnosed with a concussion.”

However there is NO mention of mandatory rest, just eluding to passing a NP test, that we have documented as having reliability issues.  There is not even mention of symptoms, rather a medical evaluation and TAKING the test (I would be dumbfounded if they didn’t have to “pass” the test).  I am not a professional driver but I would be very weary of other drivers that may in fact be having concussion symptoms hurling down the track at 200MPH.

I would suggest that the series take a much more proactive stance with this injury, not only for the safety of the injured driver but the others on the track.

IndyCar’s Team Penske driver Will Power crashed at Iowa on Saturday June 25th, suffering what IndyCar medical staff called ‘a minor concussion’. However, like Simona a week earlier, he was quickly cleared to drive. In fact, he took part in a scheduled private test session on Wednesday, less than 4 days after the concussion.

Says the IndyStar about the Iowa crash and Wednesday test session:
–
“Power’s car hit nearly rear-first, the angle that causes the most injuries. Power was diagnosed with what IndyCar’s medical staff called a minor concussion. He was cleared to drive and joined teammates Helio Castroneves and Ryan Briscoe for testing at the Mid-Ohio Sports Car Course in Lexington. “It’s good to be back out there,” Power said. “It was a hard hit at Iowa, but I didn’t actually get knocked out or anything. I just had a headache for the first night and some neck soreness.”
–
*EDIT:*
Back in May, Dutch-Chinese driver Hopin Tung (who’d never raced in IndyCar before) crashed during qualifications for the Indy500. IndyCar.com posted the following on their site about his condition (link: http://www.indycar.com/news/show/55-izod-indycar-series/42966-tung-ruled-out-of-indy-500-qualifications/):
–”Tung exited the car without assistance from the Holmatro Safety Team. After being evaluated at the Indiana University Medical Infield Care Center, he was transported to Methodist Hospital for further evaluation. A CT scan and MRI didn’t show any damage.

The INDYCAR medical team will repeat his IMPACT test in seven day — per series rules — to determine at that time if he is medically cleared for racing.”
–
*END EDIT*

So, its appears either the “7-day concussion policy” is a myth, or your assessment of “star driver? yes/no? cleared/not cleared” might have some weight to it.

There’s more. From the same IndyStar article:
—
“To return to action, Power had to pass the ImPACT test that measures cognitive functions such as attention span, memory and reaction time. The results are measured against a baseline test drivers took before the season.”
—

2 problems with this:
1) Simona proved that the ImPACT test can produce a ‘pass’ result even when the driver is still ‘injured’. Proof: What she said in an article published on SPEEDTV.com this week:
–
“On Wednesday after the Milwaukee race, I met with the medical staff again to do an ImPACT (Immediate Post-concussion Assessment and Cognitive Testing) test. That afternoon, we received the results saying I had passed the test, so we got ready to head to Iowa. I still had to meet with the medical staff one more time on Friday, but I was pretty confident that everything would be okay.

Unfortunately, I was wrong. Only a half-hour before the first practice in Iowa on Friday, I met with the medical staff again. I had to be honest and tell them that I was still experiencing some dizziness, but with that honesty came the news that I wasn’t cleared to drive that weekend at Iowa Speedway.”
–

2) The ImPACT baselines are NOT reliable.
From the same IndyStar article as before:
–
“The test is not always a true measure of their recovery, however. Simona De Silvestro actually fared better than her baseline on the test taken after her crash at Milwaukee. She was held out of the Iowa race after admitting to dizziness and fatigue, signs of post-concussion syndrome.”
–
Better than baseline?? How can that be? Part-time IndyCar driver Paul Tracy, posting as ‘paultracy3′ on TrackForum messageboard explains:
–
“they use the computor impact test . Thats the only test that i have ever done . Its done once a year as part of your preseason physical . I have heard drivers say they try and do the test as bad as possible so that you can pass it if you are abit goofy”
–

Furthermore, from earlier in Simona’s SPEEDTV.com article, about her Milwaukee ‘race’:
–
“As the race began, I started to get really dizzy and my vision wasn’t perfect. I decided to park the car at that point, which I believe was a good choice. The IndyCar medical staff explained to me later that the effects of my concussion (from Saturday) didn’t become apparent until my body experienced the physical and mental stress of being in the race.”
–

Simona explainsin the same article:
—
“On Sunday morning[at Milwaukee], I felt fine. The doctors asked lots of questions about soreness, stiffness and what I remembered from the day before. They even made me do some push-ups right there on the floor! I told them I felt okay and I really did feel that way all morning.
—

I was reading a ‘concussion policy’ found online at NCAA.org – specifically one written for UNC. They have a ’5-Step Exertional Return to Play Protocol’ in place for their athletes, and during and after each step, the player is monitored. The first step is a 20-min stationary bike ride, the second step an interval bike ride sprint + ‘bodyweight circuit’ of pushups, pullups and squats, the 3rd step shuttle runs, medicine ball work, jumps, etc. Step 4, done on a separate day, is a limited return to practice, and Step 5 is full return.

As a race car driver racing on track at high speed in close proximity to other drivers is arguably a greater danger to others than a field-sports athlete would be, it seems crazy that IndyCar is not also doing graduated exertional tests on drivers *suspected* of possibly having suffered a concussion.

But this is the Indy Racing League we’re talking about. Mickey-mouse since Day#1 (literally.. their first event was held in the parking lot of Disney World).

One thought on “INDYCAR Followup”