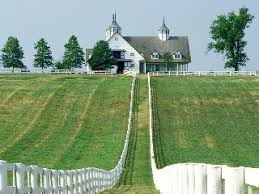 Welcome to the intended live feed from the 2nd Annual Sports Concussion Summit here in Lexington, Kentucky.  We are at Cardinal Hill Rehabilitation Hospital, a beautiful facility.  Attendance looks to be very good, about “60 or so” according to Jonathan Lifshitz, host of the event.  I will be updating this post as we go along with a time, follow @concussionblog on Twitter for updates.

7:05am CST:  Jonathan Lifshitz, PhD opens up the conference, a big “walk-in” group, I still think I may be the only one not from KY here.

7:10am CST: Dr. Lifshitz had a great perspective on announcers and how the terminology of the game regarding head injuries has to slowly begun to change.

10:00am CST: Tad Seifert, MD “Concussion and the Media’s Perspectives”

LUNCH (JJ’s always good and fast, #9 no onion with peppers, thanks for Dr. Lifshitz for lunch)

Sidebar to the presentation, Mr. Tackett is one very persuasive individual, and he is an AWESOME presenter, he really is a great ally to athletic trainers and for concussion awareness!!!  I wonder how many people actually get him mad enough to get “slapped” around, I wouldn’t want to!!!

Panel Discussion: Had a great answer from the entire panel regarding “migraines” and the excuses that some are using.

I would like to express my deepest thanks to Dr. Lifshitz for inviting me out for this event.  I have rarely been to an event that was over 8 hours that did not grind on my attention span, this one did not.  The Sports Concussion Summit was unbelievably well-organized and planned in a fashion that made time and information fly!!!  When they do this next year, I hope to be in attendance, and YOU SHOULD be to…  Perhaps Dr. Lifshitz can give us a “save the date” card early in the year.

To be honest I don’t know if I gathered more information from the presentations or from the one-on-one side meetings throughout the day.  One thing that is for sure is that everyone involved, including the attendees, are very interested and bordering on passionate about concussion and its care.  I think it is safe to say that everyone here understands that a concussion is just part of sports, and that is not the true issue.  Rather it is how we evaluate and manage the concussion after the injury.

Thanks for following today, let everyone know they can read about this as well…