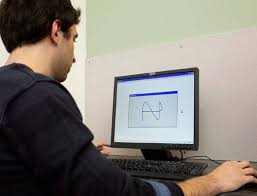 Matt Chaney has blogged about it many times, we have posted about it, now it is beginning to find its way into the mainstream media; validity of the neurocognitive tests more specifically ImPACT.  Dr. Chris Randolph of the Loyola University Health System has become one of the “loudest” when it comes to this issue, the main concern being the false-positives.  This is when the testing indicates that the affected athlete is “OK” but is still having post concussive effects.  From USAToday and Robert Preidt;

Randolph analyzed the scientific literature and could not find a prospective, controlled study of the current version of the most common baseline concussion test, called ImPACT (Immediate Post-Concussion Assessment and Cognitive Testing). Athletes take the 20-minute test on a computer.

“There is no evidence to suggest that the use of baseline testing alters any risk from sport-related concussion, nor is there even a good rationale as to how such tests might influence outcome,” Randolph wrote in an article published in a recent issue of the journal Current Sports Medicine Reports.