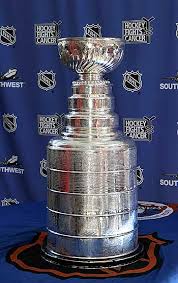 That is correct 114 concussions have littered the landscape of the National Hockey League this season.  This is only the ones that have not been covered up or uncovered from a cloak of “secrecy” know as upper body injury.  There have been 16 thus far in the postseason and with the rate at which they are occurring we can expect to see at least one more as Lord Stanley’s Cup is fought over.

I know that the sample size is COMPLETELY skewed due to the number of total games but for comparison during the regular season there were .040 concussions/game.  In the postseason there have been .188 concussions/game, a much greater risk in the playoffs.

We will keep our eyes peeled for any more concussions in the Finals, however we are very confident that the shroud of “upper body injury” or “undisclosed” will be at its highest…