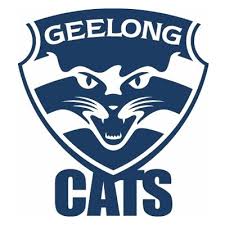 Do you recall my rant two weeks ago about the difficulty finding the injuries, especially at the “Superfooty” website?  Well guess what, they have reverted back to the old method and the method adopted by Sportal.  I still have no idea if anyone down under is reading the blog, THEY SHOULD BE, but I would like to think there is someone paying attention.  Let me take this time to extend an invitation for any team doctor or athletic therapist down under to meet with us, via phone or you can travel over here…  BETTER YET, I believe that I can effort the time to head that way for a symposium tour down under (of course this is a shameless plug to pay for me to see some live AFL), haha.  Seriously though I believe I can find enough “smart” people to create a learning opportunity for the AFL and Australian sports about concussions, email us.

Now with the self-promotion and begging for a trip down under out of the way there has been an increase in concussion reports, another good sign regarding disclosure.  There have been just as many reported concussions the last 3 rounds (9) as there was the first 6 rounds.  This week we can add to the list;

Speaking of the Geelong Cats, not only are they undefeated on the season, they also lead in concussions with four.  Brisbane has 3, Adelaide 2, Carlton 2, St. Kilda 2, Collingwood 1, Essendon 1, Melbourne 1, North Melbourne 1, and Richmond with 1 — a total of 18 concussions in 9 rounds played.  This current number of concussions we have found would translate to 48 concussions at the end of the season, far below actual numbers I would surmise.  There still remains seven teams that have not had a reported concussion; Fremantle, Gold Coast, Hawthorn, Port Adelaide, Sydney, West Coast, and Western.

2 thoughts on “Footy Concussion Report Round 10”