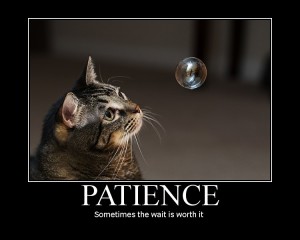 I have blogged multiple times about the concussions that I have dealt with in my job.  They are from the obvious to the “right place at the right time”, but finding them is the easy part.  In fact it is becoming much easier at the school I work with as more and more have “bought in” to the system.  Parents, teachers and kids themselves are letting me know about possible head injuries, it is not so taboo around here anymore.

One of my most recent episodes occurred with a pole vaulter, who refused to come to me only basically dragged in by his mother after seeing the blog and knowing what was going on.  His evaluation was straight forward and was definitely concussed, but after 15 days of adjusted scheduling (rest, away from school, graded return), fish oil and listening to our advice he was back to perfect.  In fact his post ImPACT was better than his baseline, but what was even more evident was his demeanor and general disposition, he looked like him again.  He is going to stay out of contact sports for another two weeks before beginning football activities.  A success!

However, this is not the point of my gratifying day.  Remember this day for me and the issues I faced with an athlete that had sustained multiple concussions;

I begin the discussion with her father and tell him about our concerns due to the previous head injuries.  I give him the information pamphlet that he should have received the last time.  This info was new to him, and as I looked at the girl, I realized that she did not communicate with him about the previous concussion, other than they needed a doctor’s clearance to play again.  He had some great questions like “Why will a doctor will release her and you won’t?” and “Why were all the tests negative?”.  After addressing those questions, and discussing the possible impact of this injury later in life and in school, I could feel the wall come down.  I could also now feel a father extremely concerned and unaware of all the ramifications that concussions present.

That is when I told both of them that she will no longer be allowed to participate in sports or PE until further notice.  It could be one week, one month, one year, or longer.  And to return to sports they will have to consult a physician that deals with concussions on a regular basis.  I was expecting a defense, even a demand to talk to the AD, but it did not come.  Rather I was given…

“Thank you… Thank you for what you do, I appreciate you looking after my daughter,” a firm hand shake, and genuine feeling of relief.

It has been six months, hard months for this athlete trying to cope with the injury and get better.  Today was her first step in the process to get back to activity; her post ImPACT test.  Now before I go further, tests like the ImPACT are just a tool and will not, nor should NOT clear an athlete.  They provide a picture, albeit a hazy one, of an invisible injury that allows us as concussion managers a general direction to go.  That being said she cleared her test with flying colors, and I was almost emotional about it.  For two long months this individual pestered me, told me she was fine (most days) and then on others reveal that she was having a “bad day”.  It was tough to watch a driven individual try so hard to be better; it wasn’t until early February that it clicked with her.

She looked for more information and began to understand what was going on and what needed to be done.  So the past three months have been filled with “stop ins” in the training room with updates about school and grades and sleep.  It was progressing very well that two months ago I almost wanted to begin the next phase.  However, due to her history of not being truthful I waited until today.

She has been very patient and understanding and I can say that in my professional opinion she has cleared the first hurdle in order for her to return to contact sports.  Next up is a summer long trial at increased activity and symptom monitoring and if all goes well one more post ImPACT test and an MD clearance.

I am very proud of her and her peer group for believing in me and our methods.  She is A GREAT example of the good things that can happen if we show patience and prudence with concussions.