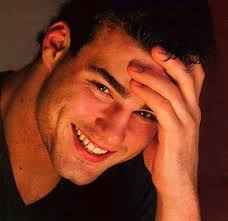 It does not seem as though this is your typical concussion read, rather it appears from the excerpt that this will include deep dark secrets of the “tough men” of professional hockey.  The subtitle of the article reads “Eric Lindros and other pro hockey players on their depression, anxiety and suicidal thoughts.”  Those words ring home to many that have dealt with ongoing effects from head injuries, not just athletes.  Did you know the reason why Lindros changed positions (center to wing)?

“That’s why I played wing my last few years,” he explains of changing positions late in his career. “I hated cutting through the middle. I was avoiding parting the Red Sea.”

Lindros is the main piece of this article so his words would carry the most weight for those that are sports knowledgeable, but these are general feelings that may be shared by many, including this author, me;

Although he didn’t realize it at the time, Lindros now believes there is one explanation for the downslide: the concussions. “The anxiety started in the late 1990s, in the midst of them all. I never had it before,” Lindros says. And he thinks that “there’s a real strong correlation.” Even after he quit playing pro hockey and the physical symptoms of concussion (headaches, fatigue) were gone, the anxiety persisted.

I don’t believe that I can get my hands on a copy of the entire article, I would love it if someone could pass it along.