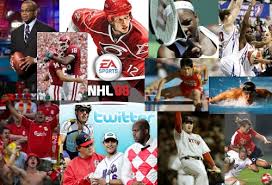 After being ignored for far too long, concussions and brain injury seem to have been rightfully recognized as the most important issue in contact sports. However, even the medical community is quick to note the dearth of good information about brain injuries. After my cycling accident and subsequent coma almost 8 years ago, the information my family was given had them constantly bracing for the worst. My mom tells me that when she was a kid and she’d ask her dad a question, the answer would invariably be, “Look it up.” That explains her career choice (librarian) and her never-ending search for more information. Yet, even she had a very difficult time finding information that would give her solace or at least an idea of what problems her son would face. Even though my brain injury was more acute and severe than a concussion, both are brain injuries. I think that an extremely important point about concussions is being lost in the extra-subjective and passionate world of pro sports.

It’s fortunate the newspapers like the Globe and Mail and the New York Times were quickly on the issue as it came to the fore in their health and sports sections. As would be expected, the Globe and Mail centres most of their attention on hockey, while the New York Times focuses primarily on football. They’ve obviously done an outstanding job of bringing the brain injury issue forward. An issue will not become important to the public by starting with explanations and definitions, but once an issue goes from afterthought to prominence, increased public understanding must take place (recently, a series in a local paper did a great job of improving understanding of brain injury). Unfortunately, for many people, their concussion awareness began by watching NHL or NFL games and concussion has become not an injury to understand for themselves or for a family member, but an injury like any other, that is simply a part of the game.

Fans hear about concussions and automatically think about rule changes or the interpretation of current rules and how that has or will affect their team. All of a sudden, the thrust of the issue – brain injury – is lost in the debate over appropriate rule changes and the ‘fairness’ of sports. By their very nature sports are subjective, the end result (the score, win/loss/tie) is objective, but how teams/athletes get there is full of missed calls, bad calls, lucky bounces, and lapses in concentration. The talk is usually about the mythical fairness of the game. Seemingly every year , in every sport, rules are made or changed ‘to improve the game’. Likewise, seemingly every year, commentators and writers discuss what needs to change and how the sport can be improved. Yet when rule changes are proposed, the ‘integrity of the game’ is defended and the sport is viewed as the perfect mix of athleticism with a rules-based structure. Change is shunned. For many retired players (NHL and NFL) it is unfortunate it took this long, but brain injury is finally recognized as an urgent issue that must be addressed immediately.

The great job that was done to bring the brain injury (concussion) issue to the attention of NHL and NFL fans is being sidetracked by the issue of hits to the head. Granted, a hit to the head is an important and the most obvious cause of brain injury, but it’s being treated not primarily as a threat to an opposing player’s brain, but as a reason player x on team y should be suspended or penalized. Without intention the brain injury issue has quietly been pushed to the back burner in most commentary about concussions in sports. The situation, as I see it, is that rules are being enforced to prevent a problem (hits to the head) , but since the problem (brain injury) is not visible, it takes a long time for players, leagues and the general public to fully appreciate the importance. It’s not an issue that can lose its importance in one week or one season at the highest level of sports, it’s an issue that needs to be addressed when a child first starts playing. As the reason for the rules are understood, enforcement will not be such a hotly debated topic and sight will not be lost on the real issue.

One thought on “The Media and Concussions”