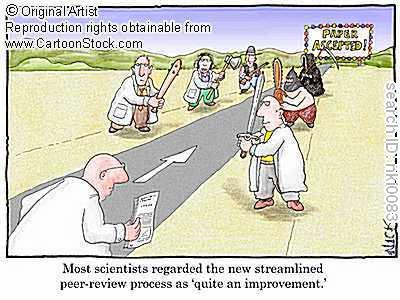 At a time when I am trumpeting my information about concussions in the NFL last year and the helmet data it cannot not be more obvious to me.  I have asked many sources to help with putting a “peer-review” piece together and I have been given a myriad of different excuses as to why it won’t show.  Usually, a research piece that has been completed would be easy for some to just say; “yup put my name on it and we will write it together.”  However the reasons I have heard amaze me;

They are all excuses, but none have been so pointed as the three separate occasions I have heard something eluding to this; “the NFL would never allow this information to be published.”  My thoughts to that are; why would the NFL have any interest or say in independent research, that is ultimately unbiased?  My only thought is money…  Something that Irv Muchnick wrote about last week, talk about eerie timing;

Peer review is a bit like another academic institution: tenure in higher education. The concept is that it promotes intellectual freedom. But in all too many cases, those who have it don’t need it, and those who need it don’t have it.

In 2007 Chris Nowinski started his Sports Legacy Institute in Boston and got the brain of dead pro wrestler Chris Benoit for Dr. Bennet Omalu to study. When the Boston group announced that Benoit (who, at age 40, had murdered his wife and their 7-year-old son before killing himself) had chronic traumatic encephalopathy, the corporation of professional liars that had employed him, World Wrestling Entertainment, derided the finding as “not published in a peer-reviewed journal.” Then, when Omalu published a paper about it in a peer-reviewed journal, it was “only” the Journal of Forensic Nursing, not one of the high-end publications like Neurosurgery. Of course, the reason was that Omalu, for a time and for all intents and purposes, had been blackballed by Neurosurgery, which was in the National Football League’s pocket. Earlier this year Omalu did resume publishing in Neurosurgery; I’m waiting for the next pointless excuse from the naysayers.

It is frustrating.  I am not trying to make money (although I will put it out there if anyone is looking for a consultant, there are stipulations see below), be the authority, or exclaim I know it all…  Rather I am trying to point out what anyone can see for themselves and for some unknown reason no one has said a thing about.  It is hard for me to believe that I am the first to ever see this or do this information; the NFL, helmet makers, and anyone that has an agenda in this sport surely have much smarter people than I.  If I am the only one ever to discover this information, then why not hire me?  Oh, I know why, I am not “pro-something”, I am independent.  Sure, I will lend out my quotes for products that I believe in, I will advise companies that are looking to get further in the knowledge of concussions, but most of all I will continue to promote awareness about concussions; here on TCB, with PBW, or with anyone that would like to invest in my knowledge.  What you get with me and my information is the brutal honesty you don’t want to hear at times and at other times you get a pat on the back.

It all boils down to money.