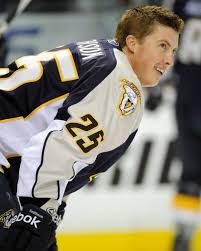 UPDATE: Thanks to @ewheeler1976 Patrice Bergeron was a concussion actually listed, well it wasn’t until today that it changed from a “upper body injury” to “mild concussion”.  Have I mentioned what I think about “mild” concussions?  This brings the post season total to 11 known and a couple that are questionable.

There have been no “concussions” in the past week, not really surprising.  While searching for injury information and finding videos of players during the game while they were hurt I noticed something.  Any lower body injury and upper body injury not including the head was easy to find; even on NHL.com.  However, when looking for head injuries or suspected head injuries they were very difficult to find; usually need someone independent putting it on YouTube.  I just thought I would throw that out there…

This week there have been two suspicious listings first is Adam McQuaid with a “sprained neck”, the hit he took sure looked like it was significant enough to produce a head injury as well.  There in lies one of my other thoughts; if you have a force great enough to break a bone in the head, neck or face wouldn’t that be enough force to create a concussion?

The other listing has been fun to watch; Jerred Smithson of Nashville was initially listed as “undisclosed”.  The next day the injury was listed as “upper body”, the next it was “face”, and yesterday it was listed as “broken nose”.  Again a facial fracture and the force necessary, could that be enough to create a concussion?  I say yes.

That is all we got for this week.