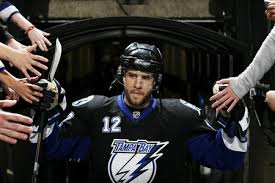 The only additions this week are what we highlighted on Saturday, the two TB Lightning head injuries.  With the action moving to the Conference semi-finals it would be worthy to note that we should see fewer concussions as we progress.  Along with that as teams lose out injuries are not reported, like the NFL.  That being said there may be a couple of actual concussions that may slip through the cracks.

With Gagne and Kubina the total now sits at 10 in the post season.  There have been a total of 54 games and 9 “game nights” (7 games in quarterfinals and 2 in semi’s); there are some interesting stats:

This is obviously due to fewer games but also due to the increased competition of the post season.  There are more “big” hits in the Playoffs and it seems as though each incident is magnified.  We can also possibly credit this to better coverage in the Playoffs from the media as well.

Although these stats are not “scientific” they are observational and verifiable; thus confirming the regular season numbers we have compiled to this point.  I have also be made aware of other regular season concussions (99) that I may have missed; we are looking forward to getting that information to bring you the most accurate compilation of concussions in the NHL this past season.