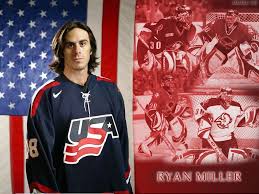 Ryan Miller of the Buffalo Sabres said, for public consumption and on the record, what we have known for a long time. The cover up of injuries and even playing though the serious injury of concussion is a major issue in the National Hockey League. On Thursday Miller, goaltender for the Sabres and of the US Hockey team these past Olympics, admitted that the injury that was listed as an “upper body injury” late in the season was in fact a concussion (SOURCE);

Miller told reporters there were four shots in a one-week span in late March that hit him in the head, with blasts by New Jersey’s Brian Rolstonon March 26 and by Toronto’s Dion Phaneuf on March 29 doing the most damage. However, Miller said it was the cumulative effect of the pucks’ impacts that forced him to sit out four games.

This is EXACTLY what is wrong with the NHL and injury reporting and something we have hammered the league about all season long in our concussion reports. That now makes 99

concussions in the regular season; and this number is low because there are more Ryan Millers out there.

I am satisfied that Miller came out with this information, however I am saddened that he would not be up front from the beginning. Sidney Crosby should have laid the ground work for players like Miller to be honest from the incidence of the original injury; I suspect that team management, player agents and even player pride was the culprit.

It will be interesting to see if more players come out with revelations about playing with covered up concussions.