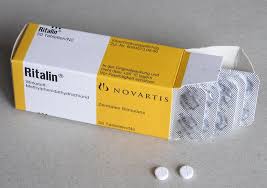 Irvin Muchnick written about a topic that is starting to become more evident in the “underground” of neurocognitive testing, the use of Ritalin and similar drugs in its class;

Here’s a story you may be hearing a lot more about in six months or six years: National Football Leaguers – followed by college, high school, and youth league football players – soon will be gaming corrupt Pittsburgh Steelers/World Wrestling Entertainment doctor Joseph Maroon’s “ImPACT” concussion management software system by taking the amphetamine-family drug Ritalin before being retested to assess their recovery from head injuries.

It is quite evident from my perspective that any drug that can help with focus and attention will help with attenuating symptoms of concussions, therefore helping a person on the neurocognitive testing.  If you have taken these tests you will know that mental sharpness is needed for an extended period of time; as the tests look for deficits over time, Ritalin and the likes would certainly help.

Muchnick, like myself and his source have the same “love-hate” relationship with neurocognitive testing (although he focuses on ImPACT);

Though I’m hard on Maroon, I am somewhat sympathetic about the shortcomings of ImPACT. People who know a lot more about the subject than I do say it’s a decent tool. “I use it to scare players and their parents when they get complacent about a concussion,” a high school trainer explained to me. “ImPACT does establish a baseline of certain neurological functions, and it has value. But concussion management is still a subjective thing.”
The problem with ImPACT is that it was overhyped as a solution, at the expense of attention that should have been paid to more central considerations: prevention and unbiased, uncommercialized basic research.

This will be an interesting side note in the concussion issue to follow.