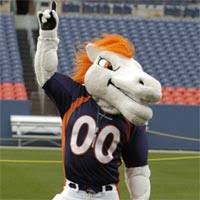 Heading into the travel and event I really did not know what to expect, the possibilities were pretty much endless.  The biggest fear I had was making a fool of myself, or my message being missed by the audience.  Knowing what ThinkFirst was all about those fears were minimal, and the opportunity to speak not only as an athletic trainer, but as a “VIP” was exciting.

I was following the keynote speaker on concussions for their conference, Don Gerber, Psy. D from Craig Hospital in Denver, I did not want to “re-lecture” on his material.  In fact his information was some of the best I have ever seen presented about the concussion injury and its management.  So concise and clear, yet had drops of biochemistry and advanced physiology, painting an entire picture of this injury.  What makes his material even more convincing to me is that he still currently plays competitive rugby, a collision sport.  Not only does he work in the area but he gets to see injuries first hand and understand the “athlete’s perspective” when dealing with the injury.  I even made mention to my wife that “I wished that his material was presented more frequently”; it can easily be consumed by the layman and the professional, and the information is clearly up-to-date.  After his presentation there were many questions for him, and EVERY SINGLE answer was consistent with what we presented here on The Concussion Blog, again making me think we are on the right path.

Following Dr. Gerber, Michelle Parker, MA, RN and I split the next hour, and Michelle went first describing from a nurse’s perspective about how she deals with educating the families and the injured adolescents.  Again a very consistent message backed up by CDC material and guidelines; thus giving the audience a “how to” if you will, for beginning the educational and management piece.

Then it was my turn, and I was NOT nervous one bit, and I had no clue as to what I was going to be talking about, until Michelle was finished.  As I mentioned, I did not want to bore the audience with something they just heard from much smarter individuals than I.  What I did want to do was catch their attention and let them know about the stigma and the issues that an athletic trainer deals with, on the field level.  Also let them know about the awareness and education of the layperson, for this is where the change in stigma is going to come from.  What I did to hammer home the message is tell my story in as much detail as I could in 30 minutes (someday coming to the blog), putting a face on the invisible injury that is concussion for that particular moment in time.  It was an honor to tell the story and let them know there are people out there that want to help the ThinkFirst initiative of preventing injuries.

I want to thank Jill Braselton of Central Dupage Hospital, Donna Cavanaugh of Ark-La-Tex Chapter of ThinkFirst, and others in attendance that I cannot remember your names, who thanked me for my time, really it should be me thanking you for what you do.

After that session, we went back “home” to hang out and play with our seven week old and prepare for the evening events, now I was getting nervous.

The American Academy of Neurological Surgeons is quite the group if you think about it…  They are freaking BRAIN SURGEONS, some of the most dedicated and smartest individuals on the planet (that can go for just about everyone but me, hahaha); needless to say me going to this event was like a 5th grader hanging out with high school seniors in a calculus meeting.  But I must say I was wrong to be nervous, the gala was excellent and the people who I met were very wonderful and wanted to know more about The Concussion Blog and Project Brain Wave.  My wife and I did not really get to converse with many people, as we did not know a soul there (check that, the neurosurgeons from the hospital were there and we saw/talked to them), but those that we did were happy to spend some time with us.  The real highlight was the event!

It began with our grand entrance to Invesco Field though the tunnel met by the Denver Bronco’s drum line and Miles the mascot, the sounds of the drums echoed through the underbelly of the stadium, as we headed to the elevators.  (Did I mention that the Broncos are my favorite team), passing photos of the Bronco greats gave me chills, and a huge smile as we went up to the club level, the exclusive portion of the stadium.  As we get off the elevator, a live band in playing “Play the Funky Music” and the Bronco’s logo fireplace met us between two (of the five) bars with food EVERYWHERE.  The brain docs sure do know how to throw a party, I highly doubt there is another organization that does it up like that.  As we walked around, what seemed like the length of the football field as wide as one and a half of them, we finally passed a station with a face I recognized, Steve Antonopulos, head athletic trainer for the Denver Broncos.  I stopped and introduced myself, and achieved a goal I have had since I became an athletic trainer, meet “The Greek.”  After a few minutes longer than I probably should have taken we moved along to see some of the former Bronco greats; Randy Gradishar and Haven Moses.  Those two actually were genuinely interested in TCB/PBW and wanted to know more; I am hoping they can spread the word a bit amongst the former players.  Gradishar and Moses were some of the nicest individuals that I have ever met, and my wife was impressed at how sincere they were; all I wanted tell them besides TCB was light a fire under the current team (once play resumes).  After a half hour or so, and some wonderful food it was time for us to leave the evening to those that it belonged to, the neurosurgeons, and we left, through the playing field!!!!  Took some quick pictures of us on the green grass of Invesco and just thought what it would be like to be playing in front of all those seats full of screaming fans.

It was truly a great end to a wonderful trip, I am so glad that ThinkFirst and Debby Gerhardstein took the time to invite and get me out there; and to get the feedback from the audience after my talk was an honor and something all of us can build on.  And if it were not for Gail Rousseau the neurosurgeon that personally invited us to the gala, I would have never been able to achieve a dream/bucket list event, so thank  you and the AANS.

If you were there and want to comment please do so.

One thought on “ThinkFirst and AANS in Denver; Recap”