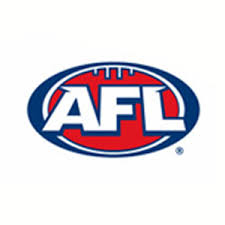 Round 1 began with an announcement 48 hours prior to the opener about concussions, and without fail the season began with some high-profile injuries.  The fan base in Australia is rabid for their national game, we are not so much, so I will be learning about the sport as we go along.  We will see that there will be controversy as well with concussion decisions (see below).

If there are some international followers, I know you are out there, or some that know the sport well feel free to send information as it becomes available.  Before we begin with the list here are the particulars about the teams;

I have no clue on positions other than defenders, midfielders and some person called a “ruckman”, so we will not be classifying by position unless our friends down under can educate me.  I will be watching some games as they are televised here in the states on ESPN3.com.  I remember watching AFL back in the 80’s when ESPN televised it late at night, and my favorite team was the Magpies, so I will be rooting for them (I have no idea if they are any good, just like the nickname).

Without further ado, here is the initial listing;

Here is the video of the Selwood injury, notice the Fencing Response…

Also in the opening round Mitch Clark of Brisbane, was hit in the head and “stumbled” to his feet, report from Herald Sun;

“Our medical officer has spoken to the Brisbane doctor, who is very highly regarded, and has indicated that he was fit to come back on to play,” Anderson said yesterday.

“What is very clear is if someone is knocked out, like Joel Selwood (on Friday night), they don’t come back on. When someone is dazed or wobbly like that (Clark), they need to come off and they need to get assessed.

Notice the bold part (my empahasis), “dazed, not concussed”, simply put any disruption to normal brain function, INCLUDING being “dazed” should be considered a symptom of a concussion.  Bases solely on this report, the AFL needs to address this concern for the well being of their athletes.