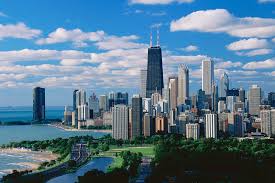 Yesterday I had the opportunity to attend the Association of Chicagoland Sports Physicians Concussion Update presented by AthletiCo, in Oakbrook Terrace, Illinois. I was invited by my medical director, along with our sports medicine physical therapist; the three of us went north to listen to three very good presentations, network and get ideas for our hospital (the food was also great).

Heading in I knew the primary audience for this meeting was physicians MD and DO, in fact I believe that of the 70 or so people I think there were only 5 athletic trainers and 3 physical therapists. It seemed the room was evenly split between practicing physicians and residents, with some very knowledgeable and exceptional physicians in attendance. I was extremely encouraged to see all the “young” physicians willing to learn about concussions, some of whom didn’t even focus on Sports Medicine, but they wanted information.

There were three presentations on the night; Chicago and Illinois legislation regarding concussions, Vestibular Rehabilitation for treatment of concussions and Point-Counterpoint of Neurcognitive Testing; possibly the three most poignant topics in the area.

There was really only one “traditional” presentation; Vestibular Rehab, as it was more of a learning session for the physicians. The other two topics were audience-involved presentations, as the presenters asked for comments and questions throughout the information dissemination. And with all the knowledge in the room, the comments and questions were very thought-provoking and “eye-opening” to me as an athletic trainer.

It was very refreshing to hear physicians concerned with some of the “pitfalls” in the legislative and neurcognitive topics; I guess I had my own stigma that physicians were unaware of concerns similar to those that visit the blog and me. My eyes were opened because I was finally exposed to physicians outside of my general area, or “the bubble I work in”, and although I had faith that physicians were as concerned as I or even more so, it was great to see that verbalized. Moreover, the concerns and questions were almost exactly in line with information on this blog. Speaking of the blog, I took the opportunity to “shamelessly plug” this domain in the interweb (figured the 3 hour drive north allowed me that freedom). Keeping with the “refreshing” theme, it was nice to see that all the physicians-that I could discern-were pro-athletic trainer; perhaps due to the sports medicine subset of the meeting. Regardless it was very nice and rewarding to think that athletic trainers in the Chicagoland have done a wonderful job of representing the profession.

Although I did not take notes, and after a very short night, I would like to present some of the “comments/questions” that stuck out to me;

In conclusion; it was a wonderful meeting allowing for learning and feedback for all participants, it held the attention of everyone in the room, which was surprising to me due to the fact that a lot of the residents were not in the sports med sub-specialty. This was a proactive overall presentation showing and informing physicians where the area of concussions is heading; as they as the “buck stops here” medical professional that need to know what is going on.

A special thank you goes out to AthletiCo for sponsoring the evening, I hope that there will be more in the future to cover up as many physicians as possible. Finally, all that are visiting the site after the meeting, thank you, and if you need this media for any reason feel free to contact us.