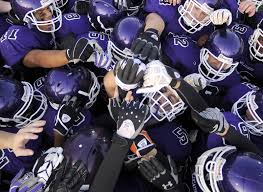 That is an eye-opening number, but some of the increase can be attributed to greater awareness.  In the article I could not identify exactly how many schools, or more specifically what percentage of high schools this data was compiled from.  There were other interesting findings in this study (football, boys and girls soccer, boys and girls basketball, girls volleyball, wrestling, baseball, softball);

This information is very welcome, and Comstock should be highlighted for doing a great service.  This gives us a more clear picture of incidence of concussion in high school sports.  What is worrisome is that roughly 19,000 student athletes will suffer lingering symptoms of concussions lasting longer than 10 days.  As I have noted previously, expect to see even more of an increase in concussion reporting for the next few years, as more and more people understand this injury.

As a final note I would like to thank Szostak for ending the article with what is truly important for injury prevention, ATHLETIC TRAINERS;

Ullucci said there were 3,000 athletic trainers in New England, but Rhode Island was not well represented. Private and parochial schools employ athletic trainers, but the only public schools with them are those that have contracted his company. An athletic trainer earns between $25,000 and $35,000, he said, “half the cost of a teacher or nurse.” His athletic trainers receive about $20 per hour when they work in the schools.

“I don’t think we’re doing enough to ensure the safety of kids. Rhode Island is behind the times in protecting youth athletes. In Washington, D.C., which is a poor district, every school has an athletic trainer. In New Jersey, 90 percent have one or two. In Massachusetts, 30 percent of public schools have an athletic trainer. It’s important that they have the right care,” he said.