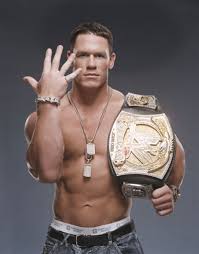 One of the top performers in the WWE is John Cena; when he is hurt the WWE holds their breath.  This past Monday Cena reported that he sustained a concussion; from an unknown mechanism.  Rick Rockwell reported on this at Examiner.com

Cena, stated via his Twitter page that he’s not sure how the injury happened but that he passed a post concussion exam and will be able to return to action. “CeNation. Sorry I have been away. Concussion on mon night from either del rio kick or mic shots. Took and passed IMPACT exam, rtg for fri! A computer test that measures overall brain function.(insert intelligence joke here) all wwe superstars as well as mlb nfl nba nhl nascar”

Granted it appears that Cena has been medically taken care of, what needs to be noted is that if the WWE is basing return to ring solely on the ImPACT, they are setting themselves up for a problem.  As we have and will highlight more, neurocognitive testing is a tool used in part with all other aspects of concussion management to make return to play decisions.  Cena and the WWE would be best to keep him out of harms way until WrestleMania, as Rockwell suggests.