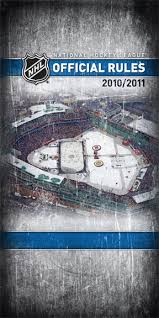 On Tuesday, there was no move by the league to ban hits to the head, like the IIHF and OHL have done.  Rather the league will enforce the boarding and charging penalties with greater conviction.  Again, this is not a drastic move, but one that is sorely needed (why they were not enforcing the rules to begin with is unclear).

As the skaters have gotten stronger the “innocent” hits and cross-checks have resulted in players flying across the ice; moreover hits like this that have been allowed, with the lax enforcement of the rules, have created forces to the body that have translated into concussive episodes.  Remember that you do not have to be hit in the head to sustain a concussion, and the violent nature of some of these hits are doing just that (some of the 44% of the “clean hits” as defined by the NHL).  So now the league is placing the impetus on the referees to determine how “bad” the hit was, leading to the flip slide, diving.  It is fine balance the league is trying to maintain, however it is a good start.

Granted the league has vowed to take a deeper look into the banning of head shots in the off-season;

Instead, the feasibility of broadening the rule will be examined by a special committee headed by the league vice president Brendan Shanahan — who promptly shot down the idea of a full ban with these words:

I don’t think it’s realistic. Defenders defend standing up, and forwards attack bent over. There are other things that we can do first.

Was relegating the question of a full ban on head shots to a committee headed by a man who has already voiced his opposition to the idea little more than a nod to the estimated six general managers who favor such a ban? Or was it a sign that the notion of a full I.I.H.F./O.H.L.-style ban on head contact is gaining traction — slowly and year by year, perhaps, but gaining nonetheless — among the league’s rule makers?

Is this movement too slow?  I understand the need to be less reactionary, but at the same time being proactive will show that the league is committed to the safety of the players.  If the league says that only 14% of concussions this year have been legal hits to the head than banning that would conceivably reduce the numbers by 11, or a significant percentage of FOURTEEN PERCENT.

Taking head shots out of the game will not destroy the fabric of the game, nor bring in less money, perhaps it will open the ice up even more.  Doesn’t the league want more interest and high paced action, something that could translate better on the TV sets of America?

The moves have been well justified to this point, and are needed, so the NHL and Gary Bettman deserve some credit.  But, remember that the changes were to the outward appearance of this institution, “window dressing”, they have yet to address the foundation.  That foundation is respect; respect of the game, and respect of the players.  Had Chara had some respect for Pacioretty last week, perhaps plating him in the stanchion, would have never occurred.

It will be interesting to see what comes from Florida today.